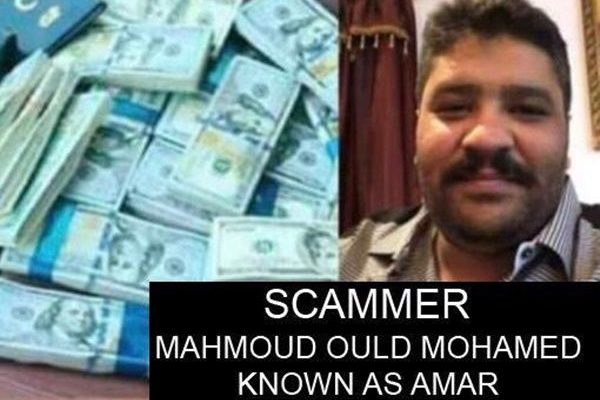 Plans by Mohammed Mahamoud Ibrahim and his father Mohamed Ould Ibrahim, alleged rapists and fraudsters has been uncovered.

Popularly referred to as Amar (Abuhaidar) and Omar (Abuamar) they have tried without success to defame a Ghanaian businessman, Mr Hassan Zein and his partners since the businessman (Mr Zein) discovered their dubious criminalities and diabolical acts.

Recently, these Malians (Mahamoud Mohamed and Mohamed Ould Ibrahim ) succeeded in duping a Turkish businessman to the tune of several millions of dollars in Bamako Mali.

A video to that effect captured him (Omar) transacting in the alleged fake dollars scandal with the Turkish business mogul.

In the said $1m scandal, they dealt with a Turkish businessman under false pretense; posing as the Vice President of the Republic of Mali and the son posing as the Interior Minister of Mali.

They quickly relocated to Abidjan, Accra and Lome after duping the Turkish businessman, which prompted the latter to pursue them to Accra but has failed in his attempt.

And despite an arrest warrant issued against them, their alleged connections with the President of Mali and some officials in authority makes them untouchable.

The Malians who shuttle between Ghana, Togo, Cote d’Ivoire, Niger, Burkina Faso and their native land has allegedly duped countless Arab nationals from all over the Arab World, African nationals, European nationals, American citizens and the recent scammed the Mauritania president, businesses under false pretext.

It has emerged that they are allegedly behind a publication by Le Toguna news paper and afrikinfosmail.com defaming Mr Zein.

As a result, lawyers of Mr Zein Justice Abdulai Esq. have written to Le Toguna news paper and Afrikinfosmail.com to retract and apologise for the cooked story or face court action.

Below is the piece by the legal practitioners of Mr Zein copied to the Foreign Affairs Ministry, Accra and the Embassy of Mali.