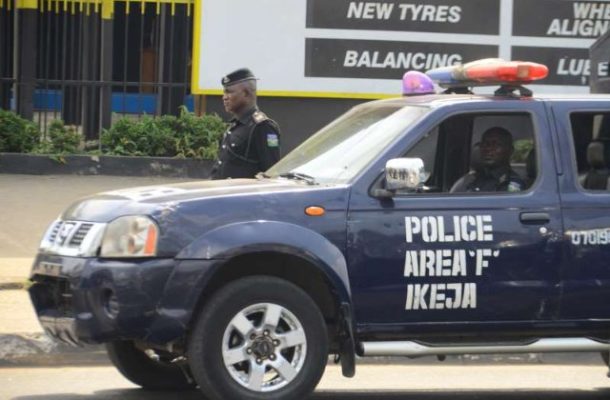 Lagos State Police Special Strike Force on Social Miscreants have arrested a suspected notorious cult leader, Maliki Bello, and eleven other cultists who are members of Berry Boy Cult group in Itire part of the state.

Maliki, 22, was nabbed by the operatives from Itire Police Station led by the Divisional Police Officer (DPO), Superintendent of Police (SP) Barkfur Kromkyes on February 2, 2020 by 07.20 p.m. following a sustained monitoring.

A statement signed by Lagos State Command spokesperson, Bala Elkana, said the suspect had been on the police wanted list and fingered to have been behind several crises in Itire part of Lagos.

The suspect, a native of Lalopun, Kwara State who resided at 23, Ayinla Street, Idiaraba area of Lagos State was said to be the supreme leader of the notorious Berry Boys Secret Cult with its operational base at Itire.

The police further added, “Maliki had been on the wanted list of the Police for violent crimes and gang clashes. The suspect confessed to being responsible for series of violent attacks, murders and armed robberies incidents recorded in Idiaraba, Lawanson, Dosunmu, Ashimowo Bakare, Omo-Bola Mushin and Itire.

Elkana said, “The suspect told detectives that he was initiated into the cult at age 12, when he was in Junior Secondary School (JSS1). He later rose to the number one position, mostly addressed as the supreme leader of the Berry Boy’s Confraternity.

The gang has an official Facebook Page (Bbl Baloteli) with 1,928 friends. According to Maliki, they use the Facebook page and other social media accounts to recruit new members, plan attacks and give updates to members.

Further investigation led to the arrest of 11 additional suspects, it was gathered.

However, Elkana said the Commissioner of Police (CP), Lagos State, Hakeem Odumosu, has further reaffirmed the commitment of the command to address the menace of cultism and youth gangsterism in Lagos State.

He said the onslaught on social miscreants launched by the Commissioner of Police was intelligence driven, targeting mostly the leaders of the gangs and cult groups and blocking the channels through which they recruit young people.

“The Special Strike Force on Social Miscreants has successfully brought under control the activities of various cults and gangs in the state through well-coordinated and targeted operations. The onslaught will be sustained until they are totally defeated,” he said.