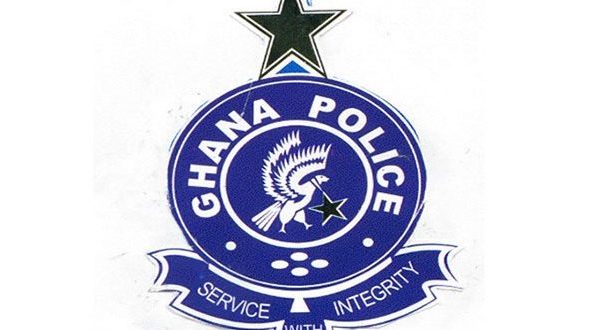 Some persons have been arrested by the Dansoman District Police Command for allegedly heading to the Dansoman beach as part of the Easter celebrations.

The police during the week issued several cautions to the public to refrain from going to the beach due to the restrictions imposed by the President.

Some persons however defied the directive at the Dansoman beach and were apprehended by a team of security personnel at the shore.

Residents nearby who witnessed the incident spoke to Citi News.

One of the eyewitnesses said, “There were some soldiers here and police personnel with two jeeps and a helicopter and arrested some three boys and took them away. I think they will leave them but maybe some small punishments for proving stubborn for coming to swim when they shouldn’t.”

Another eyewitness also said “I arrived, and I was told that one of my uncles has been arrested with a friend of his and also heard some other two boys were also arrested. So in total, I think four persons have been arrested and have been sent to the Dansoman Police Station.”

Meanwhile, the Greater Accra Regional Police Command says it will not relent in its efforts at ensuring that the COVID-19 restrictions are enforced at the beaches.

The Public Relations Officer of Greater Accra Police Command, DSP Efia Tenge said the service will not renege on its efforts to ensure COVID-19 restrictions are adhered to during the Easter period.

“We have earlier advised people against it, so we had personnel manning all the beaches in Accra to ensure that people do not defy the safety protocols or the Executive Orders.”

“So beaches like the Krokobite, the La beach and the others all had enhanced security at the beaches and going forward we expect that people will not come to the beaches to celebrate Easter.”

Earlier warning from the police


Meanwhile, the Ghana Police Service had reminded the public to abide by COVID-19 restrictions to halt the spread of the virus.

The Police Service in a statement indicated that although churches and mosques can hold services, not beyond two hours, public gatherings such as conventions, crusades, pilgrimages cannot be held during the season.

“Churches, Mosques and religious bodies are expected to hold services not beyond two hours for 100 participants maximum only, observing all other COVID-19 protocols. Conventions, crusades, pilgrimages and such large physical gatherings are not allowed.”

It also said the hosting of any carnival, festival, beach gathering, street dances, procession, parades and such events will be illegal.

“Night clubs are banned from opening as well as cinemas and movie houses. All activities of a “closed room” bar or pub including those in hotels remain illegal. However, open-air drinking spots may operate provided that they observe all other COVID-19 protocols,” it added.