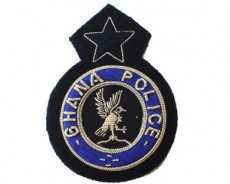 The Central Regional Police Command has given full assurance of its determination to bring culprits of the recent gruesome murder of some residents at Abura-Dunkwa in the Abura-Asebu-Kwamankese (AAK) District to Justice.

The Police indicated that they were firm on the ground to maintain law and order to enable residents go about their normal duties without fear.

Deputy Commissioner of Police (DCOP) Paul Manly Awini, the Regional Commander, gave the assurance at a media briefing on Tuesday at the Regional Capital, Cape Coast, on the recent security breaches at Abura Dunkwa.

DCOP Awini however, urged the public especially the youth to remain calm and co-operate with the security agencies to foil any security breaches.

They should immediately report to the security agencies any suspected criminal hideouts of social miscreants bent on destabilising the peace of the community.

"As of yesterday, the security threat measurement was at "level one". This means the security here is calm and predictable," the Commander emphasized.

Giving further details on the murder cases, he explained that the factors leading to the alleged murders were unrelated and should be regarded as such.

Again, the police have visited the family of the deceased and also met the Zambaramah community leadership together with the Regional Chief and National Chief.

The police urged them to advise their members to remain calm and assist the police to arrest the suspect.

Last Saturday, at about 8:45 pm, Mr Benjamin Assuman Acquah, the deceased, who was a security man of the Ghana Commercial Bank branch in the community, was murdered in cold blood.

He had disagreement with the suspect Ahmed Issaka and went to the suspect's house and was allegedly hit with a stick leading to his death.

On the murder of the royal couple, Okyeame Kwadwo Mensah, aged 48, and his wife Nana Afia, 42 years, he explained that the police have apprehended a suspect, Maswood Ali Baba who has been remanded by a Cape Coast Circuit Court to re-appear on Monday, October 8, 2018.

DCOP Awini said one suspect has been arrested at Pra Awusi and was assisting with investigations.