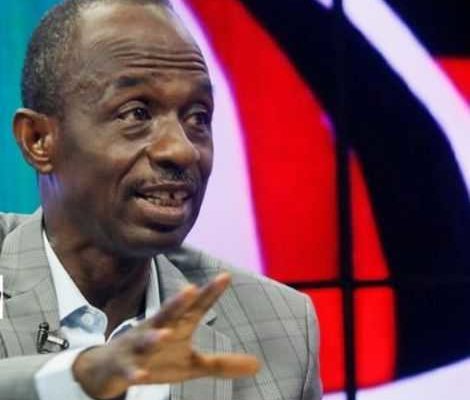 The General Secretary of the National Democratic Congress (NDC), Johnson Asiedu Nketia, has accused the security services, particularly the police, of being compromised in the discharge of their professional work.

He says all discerning Ghanaians cannot escape that conclusion. In an interview on TV3 Wednesday, Mr Asiedu Nketia said recent events leading to the arrest and subsequent release of his party’s chairman, Samuel Ofosu-Ampofo, makes them cotton on to that conviction.

“We have come to the painful conclusion that the security services have been compromised and are being used by government to prosecute their political agenda,” he told host Martin Asiedu-Dartey.

General Mosquito, as he is popularly known, was speaking in relation to the bench warrant issued for the arrest of Mr Ofosu-Ampofo. The NDC chairman was picked up on Tuesday and questioned by the Criminal Investigations Department (CID) of the Ghana Police Service.

According to the police, the name of the chairman of the largest opposition party in Ghana came up during investigations as regards security in the country.

Already, Mr Ofosu-Ampofo is standing trial for a leaked tape said to have his voice instigating some officers of the party to take the Chair of the Electoral Commission, Ghana (EC) and the President of the National Peace Council to the cleaners.

But Mr Asiedu Nketia said some personalities have made pronouncements which should have warranted invitation from the police. “Absolutely, none of them have been invited to the police station,” he pointed out. He later signed a statement to shed light on the partiality of the police.

He related that after an assurance and agreement not to take more than an hour of Mr Ofosu-Ampofo’s time at the CID headquarters, the police “were reneging on their pledge to grant him bail as previously agreed”.

“The Police CID then said that on the basis of a statement issued by the General Secretary of the NDC, informing the public of the arrest and urging members and supporters of the party to remain calm, they were unwilling to grant bail as agreed.”

He continued that the situation heightened tension in the interrogation room. “Finally, when calm was restored, Chairman Ofosu-Ampofo was granted bail and informed to return Thursday afternoon.”

He asked the police not to allow itself “to be used to play politics with the rights and lives of citizens of Ghana”.

“Ghanaians are very worried about the general state of insecurity in the country and that this apparent grand-standing by the Police CID is a far cry from their duty of being the primary defenders and protectors of all Ghanaians.”