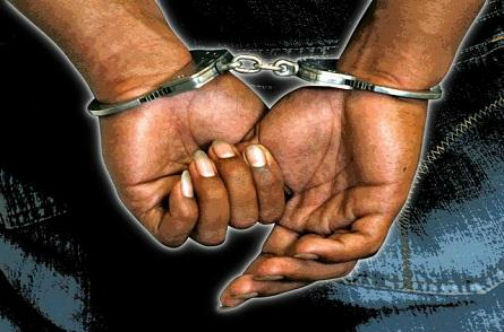 A final year student of Asuansi Technical Institute and resident of Abakrampa in the Abura-Asebu-Kwamankese District of the Central Region is in the grips of the police for allegedly housing one Opoku Mahala, suspected to be among the gang that robbed some passengers on Thursday morning.

According to the police, the student, Apap Mills, a.k.a. Wilfred reportedly accommodated Opoku Mahala for some days, but he claimed the robbery suspect left his house on the eve of the robbery.

The robbers, numbering four, attacked a vehicle with the registration number AS 2581 N on the Nyamedom-Abakrampa stretch of the Cape Coast-Assin Foso road and robbed the driver and the passengers of their money and other belongings.

The robbers shot one of the passengers, who is currently on admission at the Abura Dunkwa District Hospital and is responding to treatment, while they took away GHC 4,000 belonging to a passenger named Esi Nyarkoa.

The passengers who were traders who were sending their goods to Assin Foso, Kumasi and other places, and had taken the early morning bus had their phones also taken away.

Explaining the incident to the police, two of the victims, Esi Nyarkoa and the driver, Ibrahim Basit, said that the robbers came out of the nearby bush with guns to attack them.

When the police arrived at the scene, the four suspected robbers had fled, but complaints from residents of Abakrampa about previously spotting one of the suspects with Apap Mills led to Mills’ arrest.

Speaking to Citi News, the Public Affairs Director of the Central Regional Police Command, DSP Irene Serwah Oppong, said, “the boy that he (Apap Mills) accommodated was a past student (of Asuansi Technical Institute), and all other three robbers are also suspected to be past students of the same school”.

She said Apap Mills will be of help to the police in their investigations, indicating the police are still having a manhunt for the four suspected robbers.