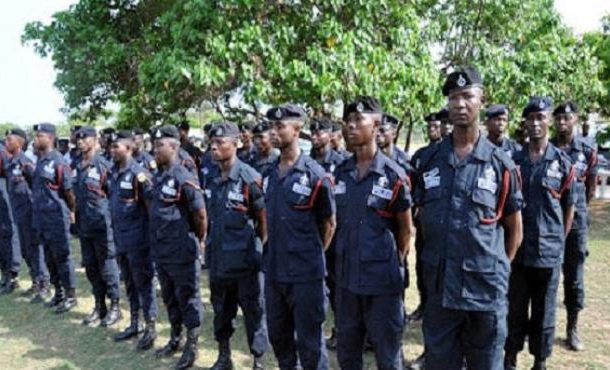 The Ghana Police Service and the National Peace Council [NPC] have resolved to work together to ensure a peaceful general election come December 7, 2016.

The two state institutions have decided to collaborate to compare notes, find solutions to concerns, and also undertake joint outreach programmes and activities to educate and sensitize the general public on electoral matters.

The decision was reached when the NPC paid a working visit to the Police Headquarters to share concerns of the general public on the election with the Police.

The Inspector-General of Police, Mr. John Kudalor in his welcome address, briefed the Council about the preparation the National Election Security Task Force [NESTF], led by the Police had made for the election. He said that he has instituted the IGP's Dialogue Series, to hold discussions with all stakeholders to chart a peaceful course to the election together. He mentioned institutions that have had their turns with the Police as the political parties, the various groupings within the political parties, the media, the National Media Commission, the Electoral Commission, the traditional rulers among others.

Mr. Kudalor also assured the Council that Police and their sister security agencies are set in terms of logistics, equipment and human resource to provide security for the smooth conduct of the election. To bring the general public on board, the NESTF have also embarked upon a public education drive to sensitize them on the election.

Leading the eminent persons, the Chairman, Most Reverend Professor Emmanuel Asante commended the Police highly for their effort and professionalism, and urged them to continue with the good works. The Chairman added that the purpose of their visit was to find out the preparedness of the Police for the election, and also share some public concerns on security with them.

He assured the Police that the Council was doing a lot to promote general atmosphere of peace in the country, indicating that a great deal of their work does not come to public light. Most Rev. Professor Emmanuel Asante added that the Peace Council is currently implementing a programme to pick early warning signals of disturbances and troubles for the appropriate response.

The Council urged the Police to strengthen the operations of the Visibility Police even the more during the election, as they play a very crucial role in crime prevention.