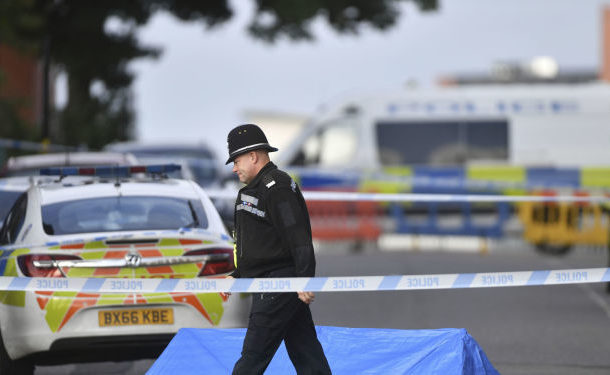 One person was killed and seven more injured, two of them seriously, in stabbing attacks on Sunday, with the police saying that the attacks are linked.

West Midlands Police have released the first CCTV footage of the suspect in a series of stabbings that took place in the UK city of Birmingham in the early hours of Sunday. The man is still on the loose.

#BREAKING | This is the first footage of a man we want to speak to after last night's murder and stabbings in #Birmingham.Do you know him?Get the latest on the investigation, and details on how to send us your information, photos and videos here ➡️ https://t.co/PwNaUTSdbO pic.twitter.com/FJBrG6Q1LE
— West Midlands Police (@WMPolice) September 6, 2020

The stabbings occurred over a two-hour period at four different locations in central Birmingham.
West Midlands Police Chief Superintendent Steve Graham rejected the idea that the stabbings were terror-related or motivated by hate. "At this stage, we believe that the attacks were random and we have no indication of a motive", he said.
At the same time, police say that these were a "linked series", but the victims are not linked to each other.