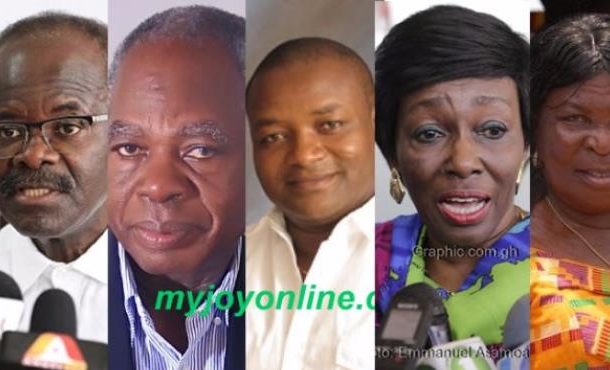 The Police Administration has recalled security detail attached to the 12 disqualified presidential candidates; a day after the Electoral Commission (EC) rejected their nomination forms.

The police have argued the provision of bodyguards for the candidates was contingent on their status as presidential candidates, saying there is no need to continue protecting them when they are no longer in the presidential race.

Explaining the decision on Joy FM’s Newsnite programme Wednesday, Director of Police Operations, Chief Superintendent, Dr Benjamin Agordzo, said they are working with the EC to ensure the safety of the aspirants and whatever decision the Commission takes they have to stand by it.

“If the EC comes out that they [candidates] are not qualified then it stands to reason that we should withdraw the protection,” he said.

The police have assigned four police personnel to guard each of the presidential candidates and their running mates ahead of the December 7 polls.

Police PRO, ASP Cephas Arthur had told Joy News in July that it is “purely for personal security responsibility that we are assigning these people,” adding “they are not supposed to be involved in any politics.”

The programme which was due for a review on Friday, October 14 was abruptly cut for those disqualified by the EC because of their breach of the rules and regulations governing the upcoming elections.

EC boss, Charlotte Osei had told the Media on Monday that the disqualified political parties either did not raise the requisite 432 voters needed to endorse their candidate or had their form signed by someone who had already signed for another candidate, clearly flouting the laws. The APC and PNC have threatened a court action against the EC for disqualifying them, but Dr Benjamin Agordzo said even if the court rules that they should be reinstated, the police would wait for EC to act on it before they will restore their bodyguards to them.

“If they say you are not presidential candidates and you are not qualified we cannot continue giving them bodyguard. I don’t think it will auger well for our service,” he said.