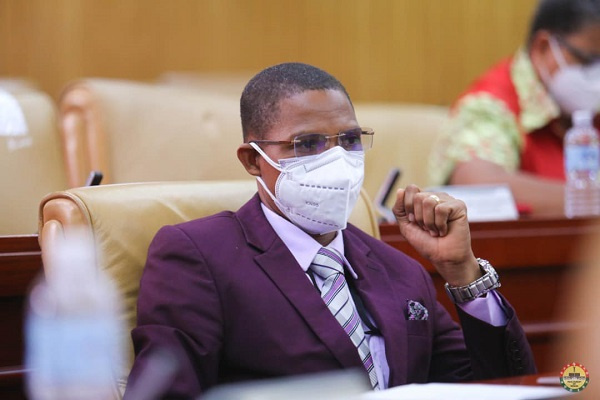 The Member of Parliament (MP) for Madina, Francis Xavier Sosu has said he sees the moves by the police to arrest him as an attempt to obstruct him from his duties as an MP.

Mr. Francis Xavier Sosu also disclosed that he is being secretly followed around by strange men, while more are seen around his residence and office.

The legislator is facing trial for his role in a public demonstration against bad roads in his constituency.

In a strongly-worded statement issued in response to a bench warrant for his arrest on Tuesday, November 30, 2021, the known human rights activist, said he considers recent happenings in relation to these as a deliberate attack on his person and family security.


“I consider the police action and the recent bench warrant as a deliberate attack on my person, personal, and family security. This is coupled with strange men following me and seen around my residence and office areas, which highly endangers my life, that of my family and workers.”

The MP added that he sees what is happening to him as an attempt by the government and the police to obstruct him from his duties.

“I wish to remind the President of the Republic of Ghana and the Ghana Police Service that as a Statesman serving my nation in my capacity as a Member of Parliament, my personal security and security of my family should have been their concern.”

“Obviously, the treatment by the Police administration and the current Bench Warrant in the face of the above facts shows that there is an attempt to obstruct my duties in dear violation of the 1992 Constitution.”

What did the MP do?


Mr. Sosu is facing these legal challenges after he led a demonstration in his constituency to protest over bad roads on October 25, 2021.

The Police contended that the protest included some unlawful acts, hence an attempt to arrest the MP.

Mr. Sosu has said police manhandled him on the day of the protest when they first tried to arrest him. This led to him filing a complaint in Parliament against two police officers.

Some police officers were also present at a church service to arrest the MP, although the police have denied this.

The Police consequently secured a criminal summons against Mr. Sosu on November 8, 2021.

The MP, however, missed the court date because he was out of the country.

The motion was accompanied by an injunction application to restrain any further arrest until a determination of the Human Rights action.