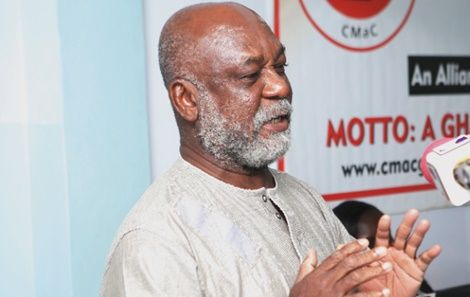 According to the former Executive Director of the Media Foundation for West Africa (MFWA), successive presidents the country has produced have taken turns being victims of political insults but former President Rawlings and President Akufo-Addo have suffered the worst forms of vilification in the political landscape.

“In my estimation, the two people who have fallen victim to this kind of thing most profoundly are Jerry John Rawlings and Nana Akufo-Addo. They have been the biggest victims of political insults,” he emphatically stated.

He was however quick to acknowledge Ghana’s first president Dr. Kwame Nkrumah as the worst victim of such political attacks of all time.

“…Of course the biggest politically insulted personality has always been Kwame Nkrumah, but in our time these two people have had the worst of the political communication that has been in the airwaves for some time.”

In trying to provide an explanation to the thriving phenomenon of political insults he said, “the birth of political radio and the introduction of serial callers, and this is also accentuated by new entrants; political investors in media entering into the new media we have, that is radio and television. And therefore using these media to do propaganda. Which is dominated by personality attacks and insults”.

In his estimation, even though several efforts are being made by some persons to revive some partisan news outlets, the birth of other forms of journalism which have made quite significant impacts have overridden their impacts.