Pope to US Catholics: Study, pray, vote your conscience 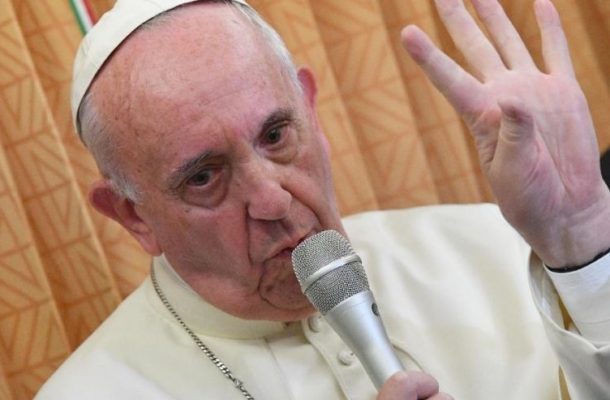 Pope Francis has some advice for American Catholics struggling to choose a president: Study the issues, pray, and then vote your conscience.

Francis was asked Sunday en route home from Azerbaijan how he would counsel the American faithful who are being asked to choose between Democrat Hillary Clinton and Republican Donald Trump.

Francis said he would never interfere in an electoral campaign, saying "the people are sovereign."

"I'll just say this: Study the proposals well, pray, and choose in conscience."

Francis did intervene in the campaign earlier this year when, on his way home from a visit to the U.S.-Mexican border, he was asked about Trump's proposal to build a wall to keep Mexicans out of the U.S. Francis said anyone who builds a wall isn't Christian. Trump fired back, saying it was "disgraceful" for a religious leader to question's someone's faith.

Many American Catholics have been struggling to decide between the two candidates over a host of issues that makes each one unpalatable on faith-based and other grounds.