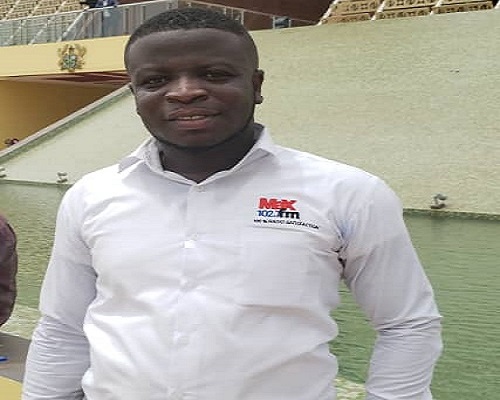 The PRO of Chrisphils Goldfields and host of Max FM morning show ‘Kokrokoo’, was elected at Paradise Hotel in Enchi, the Aowin Municipal capital on Thursday, February 13, 2020.

Bonah, as he is affectionately called, beat his closest competitor, Mr Martin Boadi by polling 10 votes as against Boadi's 7 votes to become the new chairman of Aowin football.

Speaking in an interview with Max Sports after his victory, Bonaray said "I am humbled for the opportunity given me to serve Aowin football. Today, Bonah is not the winner,  the winner is Aowin football”.

He added: "In celebrating this success story,  it is time to work. I have 3 key visions ...that is, to give a facelift to the Municipal Sports Secretariat, to organize Division 3 and Juvenile Football League which has been off for over 4 years and to organize training for referees and coaches as well as team managers".

Bonaray is currently, the Secretary of Enchi All Stars Football Club and he comes on board with lots of experience.

Before this elections, he was appointed as Western North rep to serve on the Western Regional Football Association Competition Committee.