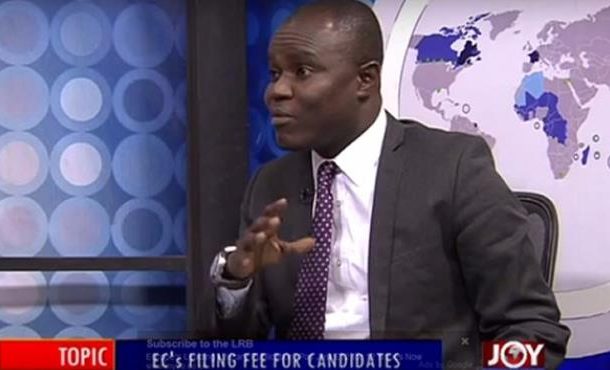 The Progressive People’s Party (PPP) will be heading back to court Monday to cite the Electoral Commission (EC) for contempt after the elections management body accepted its filing fee last week.

The PPP has filed a suit at the High Court seeking an injunction to prevent the EC from receiving the reviewed filing fees for presidential and parliamentary candidates. The fees have been increased by at least 500%.

The party says the EC’s decision to accept its filing fee, despite the injunction application seeking to prohibit that action amounts to disrespect for the court.

The EC last week accepted the GH¢50,000 filing fee for the PPP presidential candidate, Papa Kwesi Nduom, explaining that once the party brought the fees despite its own injunction, it had every right to collect and retain same.

The EC on Thursday declined the fees of many candidates including the presidential candidate of the New Patriotic Party (NPP), Nana Akufo-Addo, saying its hands had been tied by a suit filed challenging the legality of the collection of the money. “If you read the injunction application filed earlier, it was restraining the Commission from receiving or collecting, it had nothing to do with presentation,” he told Joy News.

He said for rejecting the fees for other parties but the PPP’s, the EC is in contempt.

The PPP issued a writ at the High Court on Wednesday, September 28, arguing the EC had no legal basis to demand a deposit of ¢50,000 from Presidential candidates and ¢10,000 from Parliamentary candidates.

It argued setting the fees and demand for a deposit before the acceptance of nomination papers was "arbitrary, capricious and unreasonable."

The party asked for an interlocutory injunction stopping the EC from taking the fees.

In its affidavit, the PPP said if it is to satisfy the EC's demand and qualify to participate the December presidential and parliamentary elections, it has to "find and deposit with the [EC], an amount of GHC2,800,000 which...would be confiscated to the state should [it] fail to secure at least 25 percent of the presidential votes and 12.5 percent votes in each constituency parliamentary votes in the general election."