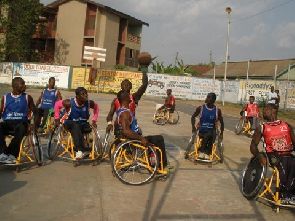 The 2018 National Sports Festival is months away but regions are getting measures in place ahead of the annual multi-sport competition. This year’s Festival is reportedly set to take place in Ghana’s Central Region capital Cape-Coast in August; the Robert Mensah Stadium will host most of the competitions.

The Global Sporting Platform (GSP) Basketball League has been halted to allow players move to camp and begin preparations.

Players have been summoned by the Brong- Ahafo Basketball Association (BABA) for justifiers in the regional team.

The first of such trials was conducted on Monday April 2 and a series of trials have scheduled to be held as the event draws closer.

The Association has announced the registration of players in an effort to get them easily and camp and commence preparations.

The Wheelchair National Team-Black Chariots- have been invited to compete in an invitational tournament in Canada later this month.