'Presidency not for short people’ comment a figure of speech – NDC 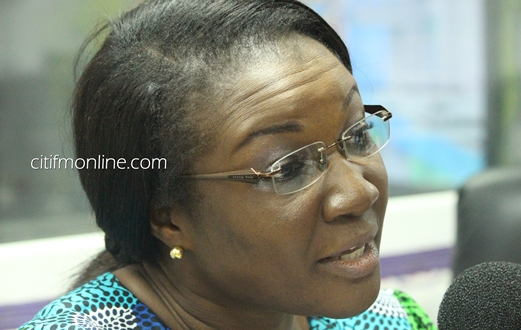 The campaign spokesperson for the governing National Democratic Congress (NDC), Joyce Bawah Mogtari says a comment made by Sports Minister mocking the height of the New Patriotic Party’s presidential candidate was a figure of speech.

Nii Lante Vanderpuye told crowds at the campaign launch of the NDC in the Central Region over the weekend that “the presidency is not for short people.”

His comments have been swiftly condemned by a section of the public. Some supporters of the NPP have asked that he retracts the statement and apologises to Nana Addo Dankwa Akufo-Addo.

The Sports Minister's comments departed markedly from admonition by President John Mahama to supporters of the NDC and other parties to wage a campaign deviod of insults and violence.

In a response to whether the minister’s comment did not counteract the president’s prayer for a clean campaign devoid of insults personal attack, the spokesperson who is also Deputy Transport Minister said the comments were made in a context.

When asked to explain what the ‘figure of speech’ really meant, she declined to make any further comments on the issue.

I will leave it strictly in that context and I will not want to dwell on it. If you were reproducing the whole of the statement, you will not pick just that out of the context, you would have used it in the context in which he used it absolutely,” she stressed.

She however said the minister is available and could be called to reproduce the statement and the context in which he used it, so his real intention can be understood.

Mrs Mogtari said the NDC is bent on embarking on issue-based campaign, devoid of insults and violence.

“We are looking entirely at following what his Excellency advised us all to do and I believe his advice was not just for the NDC, he was speaking to Ghanaians at large, our opponents and all other political individuals...who will normally campaign based on invectives, innuendos and all sorts of language that is unprintable.

“We will be setting a very good example leading a campaign that is issue-based; a campaign that uses good and acceptable language because the president himself has shown this respect for each and every citizen of this country and we will be emulating that all important example,” she said.