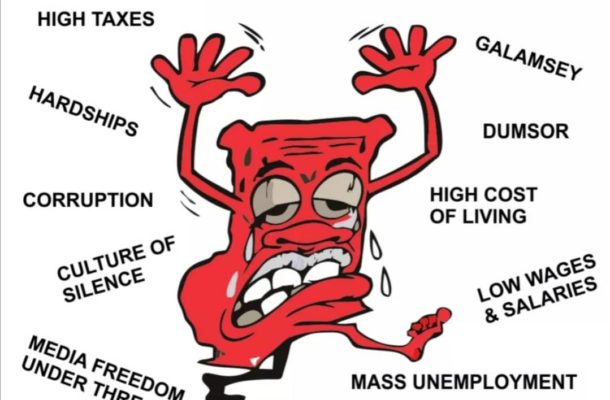 President Akufo Addo will have to face his own creature in an upcoming "Kumi Preko" March in protest of harsh conditions under his administration.

The call for mass protest is stoking with many Ghanaians complaining of intense hardship under the NPP Government.

It comes amid the #FixIt call, which has gone viral across social media.

26 years after leading the famous Kumi Preko March, the 76-year-old president is to taste a dose of his own medicine he manufactured in May 11, 1995, when he led thousands of Ghanaians against the introduction of the Value Added Tax (VAT) by the  Jerry John Rawlings administration.

Described  as an "Anniversary March" flyers of the "Kumi Preko" protest  is already in circulation across the various  social media platform.

He announced an increment in fuel prices on Friday while charging a 1%. Covid-19 Health Recovery levy on call termites.

His 5-year-old administration has seen the reemergence of the intermittent power cut popularly known as "Dumsor" which it claim to have solved in the run up to the 2020 election.

In the heart of his priority is the construction of National Category whiles a promise to build 88 hospitals remains a fiasco.

Powered by the Youth for Accountable Governance, the flyer for the protest has 10 different counts of discomfort being experienced under the Akufo Addo administration.

It is however not known if the Ghana Police will grant the permission for such a massive protest.