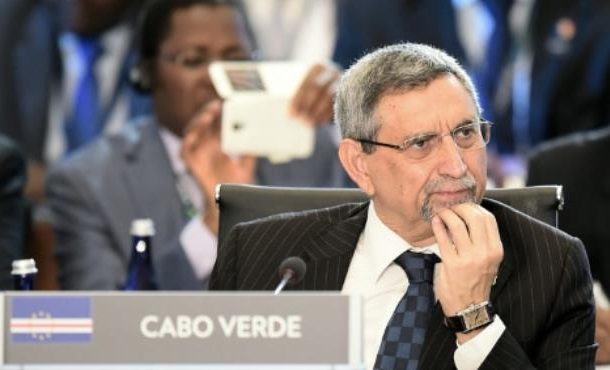 Without a strong challenger for the top post, Fonseca won a whopping 73 percent of the vote, with independent candidates Albertino Graca and Joaquim Monteiro taking just 23 and three percent of the ballots each.

Winning with such a large margin, Fonseca, 77, should be able to avoid a run-off.

Abstention soared however in the Atlantic archipelago at 60 percent, according to partial results released late Sunday, with 80 percent of the votes counted.

Fonseca's win was by no means a surprise, after his liberal Movement for Democracy (MFD) enjoyed a string of landslide victories this year.

Fonseca had called on supporters to "say yes to freedom, justice and Cape Verde" and re-elect him for another five-year term, urging voters not to give in to fatigue caused by other electoral contests held this year.

The MFD's victories in a March general election and municipal polls in September dealt serious blows to the African Party for the Independence of Cape Verde (PAICV), which consequently decided not to field a presidential candidate.

Turnout on Sunday was very low, despite calls from all sides for voters to cast their ballots.

Fonseca's two rivals were veteran political campaigner Monteiro, 76, a key player in the country's fight for independence from Portugal, and university rector Graca, 57.

In 2011, Fonseca beat PAICV's Manuel Inocencio Sousawon in a runoff with 54 percent of the vote.

On Friday Fonseca promised to "push the government to make economic growth for everyone a priority and to fight unemployment and poverty".

African Union electoral observer Manuel Serifo Nhamadjo, head of a team of 29 deployed for the vote, told AFP the former Portuguese colony was "an example as regards transparent elections".

Some 314,000 island residents and 47,000 citizens living abroad were registered to vote. About half the population of Cape Verde works in agriculture, which provides only 10 percent of the country's food needs, while tourism and remittances from the diaspora are also vital for the economy


Cape Verde gained independence from Portugal in July 1975, after an 11-year liberation war, and adopted a multi-party system in 1990.

Khabele Matlosa, political affairs chief at the African Union, said earlier this week the archipelago stood out on a continent where several leaders "cling on to power for far too long".

Most executive power in Cape Verde resides with the prime minister, appointed by the president in consultation with parties represented in parliament and taking into account election results.

Other presidential powers include heading the armed forces, promulgating laws and dismissing a government following a motion of censorship.

The president and members of parliament are elected every five years by universal suffrage.

About half the population of Cape Verde works in agriculture, which provides only 10 percent of the country's food needs, while tourism and remittances from the diaspora are also vital for the economy.

A lack of natural resources and infrastructure mean Cape Verde's economy is fragile, and the country runs a large trade deficit.