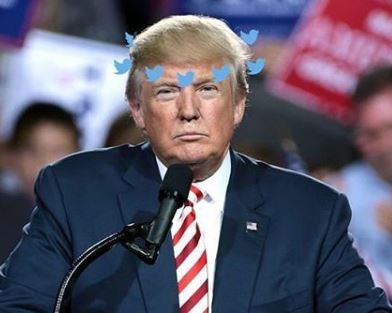 President Donald Trump can’t ban critics from his Twitter account, a federal appeals court ruled on Tuesday, saying the First Amendment calls for more speech, rather than less, on matters of public concern.

The 2nd U.S. Circuit Court of Appeals in Manhattan upheld a lower court judge who said Trump violates the Constitution when he blocks critics.

The United States Court of Appeals for the Second Circuit situated in New York said that since Trump uses the social network to communicate matters related to government affairs, he can’t bar some Americans from accessing that information.

A three-judge bench ruled unanimously in favor of the verdict.

Judge Barrington D. Parker wrote in the ruling that the first amendment bars any official who uses social media to communicate with common folk can’t exclude people from an “otherwise open online dialogue.”

President Trump, who has nearly 62 million followers on Twitter, has expressed his political opinions about the US and the world fairly consistently on a daily basis on the platform.

He has come under fire several times for incendiary tweets, with people demanding the social network suspend his account.

However, last year, Twitter defended itself by saying tweets from world leaders like Trump are in public interest, and hiding them would hinder the debates around topics of global interest.

Last month, the company announced that it will label problematic tweets from leaders, but won’t delete them.

Expect more angry tweets from the White House over the next few days.