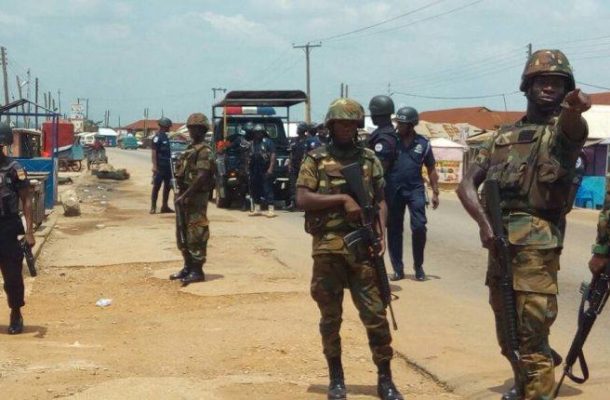 The Youth of Ahwiaa Zongo, a suburb of Kumasi are appealing to the government, Zongo Minister Hon. Boniface Abubakar Sidique, the Minority Chief Whip Hon. Muntaka Mubarak and all peace agencies to turn an inch towards their oppressed situation from security forces following recent clashes in the area.

In a press release signed by the Secretary of the Ahwiaa Zongo Youth, Zuruka Mohammed on 23rd March 2018, the group wants all the stakeholders mentioned to attach serious importance to the release and address their sentiments.

There have been recent clashes between the Youth of Ahwiaa Zongo and the non-Zongo settlers, leading to the death of many, leaving several others with injuries and several property destroyed.
In the statement, the leadership of the Zongo Youth identified several oppressive strategies being employed by the security personnel who have been sent there to ensure calm is restored.

PRESS RELEASE: THE CRISES IN ZONGO AND MATTERS ARISING

The Zongo youth of Ahwiaa wish to bring the following to the notice of all stake holders in the matters arising from the recent security affairs in Ahwiaa Zongo. It is our fervent belief that the MCE the district police commander, the regional minister the Member of Parliament for Kwabre East the Hon. member of parliament for Asawase, Muntaka Mubarak and the Hon. Zongo minister, Boniface Abubakar Sidique will consider this press statement as a statement worthy of urgent attention.

1. The district security committee has not declared curfew in Ahwiaa Zongo, but a state of emergency is being forced down our thoughts. We find this behavior and strategy of the police to be moribund, arbitrary and unlawful. The constitution gives us the right to free movement, and no institution, body or individual can take away our right to free movement. Until such time that the DISEC declares a state of emergency in Zongo, we are entitled to move and go about with our normal duties without any obstruction. We therefore want all the stakeholders to be aware that even though we are not under any state of emergency, the police are terrorizing, harassing, manhandling and forcing people to go to bed against their own wish. We find the action of the police to be against our fundamental human rights as enshrined in the 1992 constitution of Ghana.

2. The continuing arrest of innocent men of Ahwiaa Zongo is another source of worry. Calm has returned to Zongo, but the police will not stop arresting husband and breadwinners of families. The men and youth of Zongo appeal to the police and the DISEC to stop the arrests and release all those who have been arrested, otherwise, we shall mobilize all the men, old, youth and women to give ourselves in for arrest. The DISEC must know that arresting innocent breadwinners of families can only exasperate and create an atmosphere of disquiet calm. Please release our men! The wonton arrests in themselves is not an antidote to the crises.

3. The antidote and lasting resolution to the crises at hand is to look for the tugs and arrest them. The police know the criminals, however, they have decided to behave as though they do not know the criminals. Does that cast a slur on the intelligence gathering of the police?

In conclusion we will want the whole world to know that we are being terrorized, antagonize and persecuted aventhough our boy has been slaughtered and killed and another is at the hospital in critical condition. Calm has returned to Zongo. As such, the communist security strategy being deployed to frighten women and children and to deny people their everyday livelihood is tantamount to living in a military regime republic.

Cc: THE PRESS
THE MCE
THE ZONGO CHIEF
THE DPC