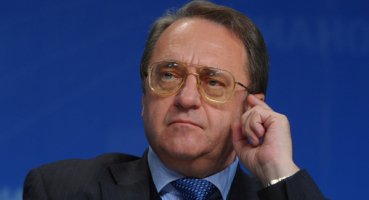 On September 9, Russian Deputy Foreign Minister and Special Presidential Representative for the Middle East and Africa Mikhail Bogdanov received Special Representative of the UN Secretary-General for Libya Martin Kobler, who is in Moscow on a working visit.

The officials had a wide-ranging exchange of opinions on the situation in Libya with a focus on various aspects of the implementation of the UN-brokered inter-Libyan political agreement that was signed on December 17, 2015 in Skhirat, Morocco, which provides for the formation of a national unity government in Libya. In this context, they noted the importance of implementing UN Security Council Resolution 2259, which formalises the Skhirat agreements as a key element in the settlement of the domestic Libyan crisis.

The officials reaffirmed the need for representatives of all the main political forces, tribal groups and the country’s regions to be involved in the effort to establish unity government bodies in Libya. They underscored the importance of achieving consensus-based agreements on remaining points of friction as soon as possible in order to enable the government to address the pressing internal problems, including the task of effectively countering the growing terrorist threat.

Source: The Ministry of Foreign Affairs of the Russian Federation