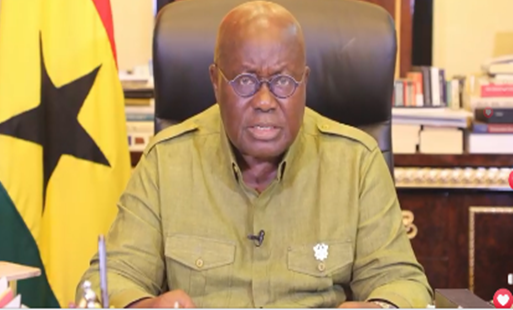 Pressure is being mounted on President Nana Addo Dankwa Akufo-Addo to relieve the Minister for Special Development Initiatives, Mavis Hawa Koomson of her duties after she admitted firing a gunshot at a registration centre in Kasoa.

Some Ghanaians called on the President to sack Mavis Hawa Koomson for holding a firearm at the registration centre.

Hawa Koomson said she had to take that decision to protect herself since she was not with her security detail at the time.

In an interview, she revealed that the firing of the gun wasn’t done by anyone in her team but herself.

"None of my men had guns on then when we got to the centre. I fired the shots myself," the MP said on Accra-based Adom FM.

She added that the gunshot was a way of protecting herself at the registration centre since her police escort had not started working that day.

The MP indicated she went to the place because she heard her opponent had bused people from other places to the registration centre.

"I'm a Member of Parliament, I need to protect myself. It was at dawn, my police escort had not started work yet. So that is a mechanism I have adopted in his absence," she said.

Security Expert, Prof Kwesi Aning, joined the citizens calling for the dismissal of the MP.

According to him, the warning shots fired by the MP for Awutu Senya East were unacceptable, premeditated, and put the lives of her constituents at risk.

He said, "It is my hope that the President will ask Hawa Koomson to step aside or probably dismiss her."

He said the minister has shown poor judgment and leadership, therefore, must be sacked.

"For me, she saying her life was in danger was an afterthought and she’s a disgrace to womanhood. If by 12 noon today, and she has not resigned, the president should fire her.

"Why did she go to a registration centre with a firearm and not in the company of her personal protection? he queried.

"Also If she knew her life was going to be in danger, why didn't she call on the police for protection? She [Hawa Koomson] should have known that wielding a gun doesn't give you the right to discharge it," he said on Accra-based Starr FM.

The Community Focus Foundation Ghana (CFF-Gh) has said it considers the warning shot fired by the minister at the centre as an "unfortunate incident and very disgraceful and a dent on our participatory democratic governance" and condemned her "misconduct in the strongest terms."

The Executive Director of the group, Richard Kasu, said: "As a Member of Parliament (MP) and a Minister of State, the best she can do is to contribute meaningfully and empower more women to take up leadership roles in pursuit of national development, but regrettably, she has betrayed the confidence reposed in her by the President of the Republic, HE Nana Akufo-Addo and the Ghanaian people."

President of policy think tank, Imani Ghana, Franklin Cudjoe, gave the President two options to either terminate the contract of the Minister or lose his cordial relations.

He wrote: "My President, NADAA, SACK HER!! NO RESIGNATION LETTER ELSE YOU WILL LOSE MY FRIENDSHIP."