Prez Buhari Is A Man Of 'Integrity And Honesty' - Prez Obama 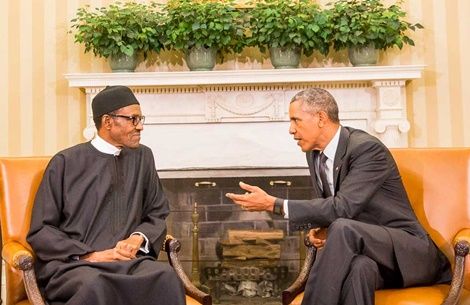 This was made known in a statement made by Femi Adesina, special adviser to the president on media and publicity.

The statement quoted Obama as he described Buhari as a man of “integrity and honesty,”. He assured that his administration will render support to Nigeria before he finally steps down.

“We have confidence in your leadership. There are some difficulties you face, but this administration is willing to assist in the short time we have left,” Adesina quoted Obama as saying.

“You have made real progress in defeating the brutal organisation called Boko Haram, and that was achieved because of your leadership.”

He also pledged support to assist Nigeria in her fight against insurgency “in the final and comprehensive defeat of Boko Haram, resolution of the Niger Delta crisis, which would help ramp up oil production and increase revenue, resolving the humanitarian crisis in the North East, recovering stolen money, and revamping the economy”.

He said Nigeria is a big and very vital country in the sub-Saharan Africa, and he hopes to see a framework for sustained partnership betwwn his country and Nigeria. Source: nigeriafilms.ccom