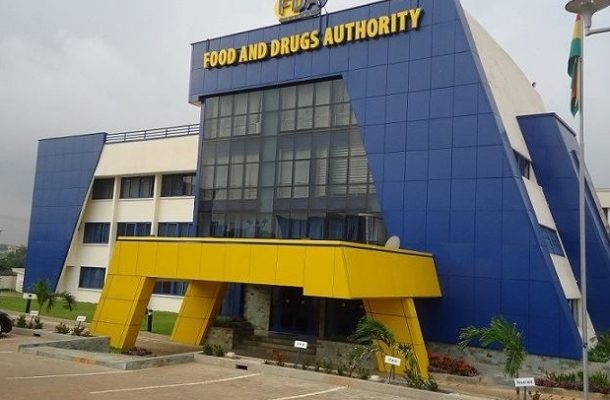 The Food and Drugs Authority (FDA) has cautioned all media houses and advertisers to stop advertising alcoholic beverages before 8pm.

The FDA has issues a directive to all stakeholders to start the enforcement from today, January 8, 2018, failure of which will attract severe sanctions.

According to the Public Relations Officers of the FDA, James Lartey, the directive takes effect from January 1, 2018, adding that all FDA approved products should be indicated in the advertiisement.

This directive, the FDA says is to protect children and prevent them from being lured into alcoholism at their young age.

Mr James Lartey said the future of Ghanaian children must not be put at the expense of the media houses making money.

“Children should not be influenced, I understand that most of the radio and TV stations get their sponsored programme from some of the these alcoholic beverage companies. But we should also understand that we shouldn’t also look at the money media station get against the future and health of our populace, this is very important.”

Asked if the age limit advertised on the alcoholic beverages is not enough to stop children from consuming alcohol, Mr Lartey said, “Look at advertisement in general printed advertisement is not that effective like hearing and seeing advertisement, let’s admit that so if it comes to airing of TV and radio advertisement when people are hearing and seeing the effect is very strong, so we can’t compare that to labeling issues. We all know that there are expiry date on product, but we most of the time buy and use them before we may even check their expiry dates. Sight and hearing is very critical in advertising.”