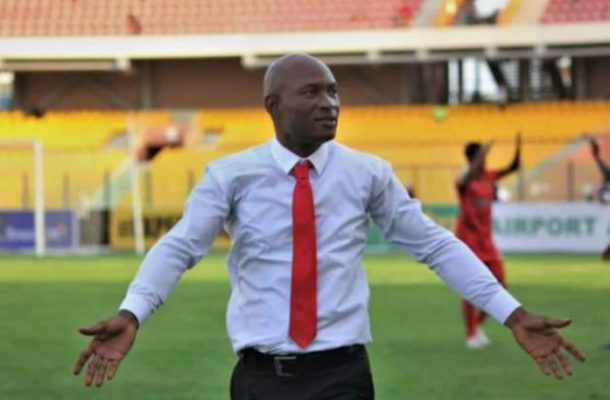 In July, the then Kotoko head coach revealed verbally in a meeting with the technical committee of the board that he was stepping down as the coach but for weeks now the issue had been dragging on but finality has now been drawn as he has resigned with an official announcement expected from the club in the coming days.

Per our sources at the club, he will be paid his two months' salary arrears while his bonus for winning the league will also be paid by the club.

A barrage of issues led to the coach's departure as he felt disrespected by the management and was also not impressed with the club's recruitment after flogging players in the squad that won the league title.

Deputy captain, Mudasiru Salifu on Monday sealed a transfer to Moldovan side Sherrif Tiraspol and top scorer Frank Mbella Etouga is ays on his way to the Italian side Udinese after the club agreed on a bumper 1.5 million euros deal.

Richmond Lamptey until recently was also banned from football following his involvement in match-fixing whiles at Inter Allies.

Already, Brazilian playmaker, Fabio Gama has departed the club after failing to reach an agreement on a contract extension leaving the coach with a herculean task but the club has not been forthcoming with incoming to fortify the squad forcing the coach to resign.

The former University of Cape Coast lecturer joined the porcupine warriors from WAFA at the beginning of the 2021/2022 season.

He helped the club lift their 25th Ghana Premier League title with a relatively young squad and was due to send the team to Africa to compete in the CAF Champions League.