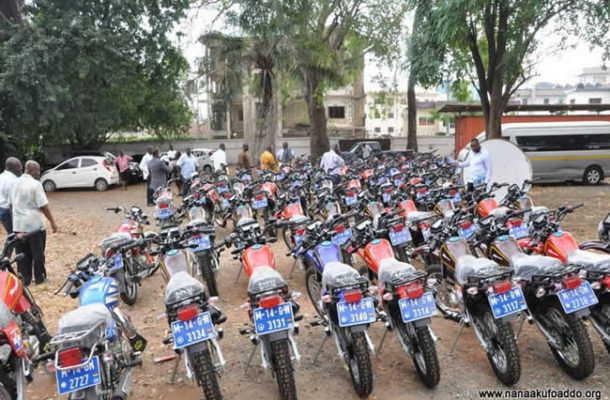 Aggrieved assembly members in the Denkyembour District of the Eastern Region have given government up to the end of June to deliver their motorbikes promised them or face their wrath.

The group said government’s delay in releasing the motorbikes is impeding development as they are unable to access remote parts of the district.

It is alleged that some of the members have started boycotting sittings and threatened to intensify the action if their concerns are not addressed.

One of the assembly members, Osborne Quansah, speaking to Class News said they will step up their agitation if government fails to address their concerns by the end of June.

He said: “It’s getting to three years now and we have only 15 months to end our term of office and we realised that the way they are tossing us up and down, they don’t want to buy the motorbikes for us.