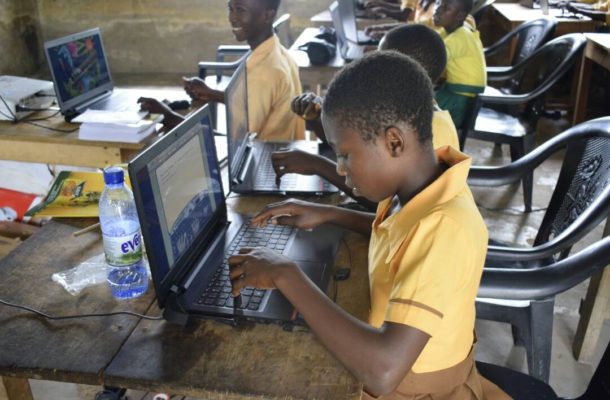 Four thousand, nine hundred and forty-six (4,946) pupils in eight districts in Ashanti and the Brong Ahafo Regions have benefited from free computer training lessons in the past three months.

Most of the beneficiaries who have never used a computer before got the opportunity to use the computer and the Internet for the first time.

The training initiative was undertaken by the Otumfuo-Agroecom Mobile Library Project (OAMLP), a subsidiary of the Otumfuo Charity Foundation in collaboration with Agroecom Ghana Ltd., a cocoa buying company.

Among its aims are to ensure that less fortunate children in deprived communities have the same learning conditions as other children in the cities and urban areas as well as encourage the habit of reading and the use of Information and Communication Technology (ICT) among basic school pupils.

Country Coordinator of Agroecom Ghana Ltd., Mr Muhammadu Muzzammil, described the role of the OAMLP as very crucial in bridging the gap between pupils in urban areas and their counterparts in the hard-to-reach areas of the country.

The cinema, he explained, is intended to bring a message from His Royal Highness, Otumfuo Osei Tutu II, as it exhibits the rich Ghanaian culture and educate farmers on good agricultural practices, farm management, information from the cocoa industry and projection of Agroecom in the communities.

After touring some schools in cocoa growing areas, it came to light that about 40 per cent of the pupils in the selected villages confirmed that they had not seen physical computers before except the drawings they see in their textbooks.