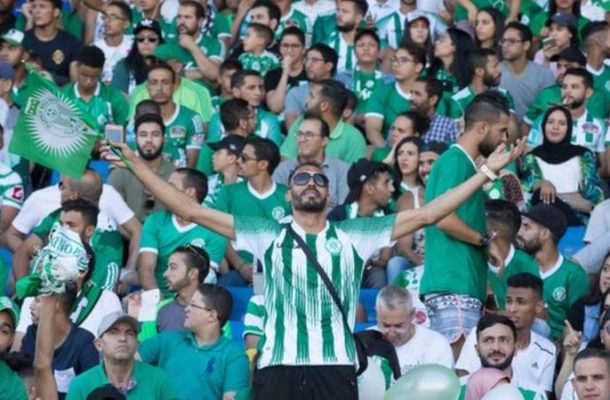 Raja Casablanca saw off an attempted comeback by hosts AS Vita Club of the Democratic Republic of Congo to win the African Confederation Cup on Sunday, losing the second leg of the final 3-1 but triumphing 4-3 on aggregate.

Raja survived a late fight-back from AS Vita Club in Kinshasa and went on to become Confederation Cup winners for 2018.

Vita came back with three goals after Raja had gone 4-0 up on aggregate but ran out of time in front of some 80,000 spectators on a rainy night in the Congo capital.

The home side scored twice in the space of two minutes in the second half to suddenly awaken their slim hopes of a remarkable comeback as first Mukoto Bafezadio and then Fabrice Ngoma netted in the 72nd and 74th minutes.

But the Moroccan club held their nerve to see out the remaining 15 minutes.

Mahmoud Benhalib might have added to his 12 goals in this year’s competition and put the issue beyond doubt after five minutes but missed a sitter from close range before team mate Abdelilah Hafidi made it 4-0 on aggregate in the 21st minute.

Vita equalised on the stroke of halftime with a thunderous long-range free kick from Jean-Marc Makusu. Raja, coached by former Real Betis manager Juan Carlos Garrido, had won convincingly a week ago in Casablanca in the first leg with two goals from Soufiane Rahimi and a penalty from Benhalib.

The Confederation Cup is Africa’s second annual club competition, open to national cup winners as well as third-place league finishers from those countries which have an added berth.

The preliminary round of this year's African Confederation Cup is already underway with second leg matches taking place on Tuesday and Wednesday.