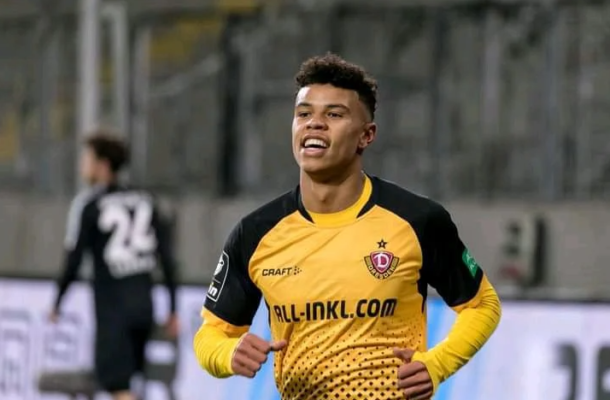 The player has agreed personal terms with Hamburg whiles his current club Dynamo Dresden thrash out details of the the deal.

He scored five goals for Dynamo Dresden whiles he supplied two assists for his side in 32 matches.

Ransford-Yeboah Konigsdorffer equalled his match appearances this season with a total of 64 games in two seasons with Dynamo Dresden.

The forward has been capped by Germany at the U-19, 20 and 21 level but is eligible to play for Ghana.