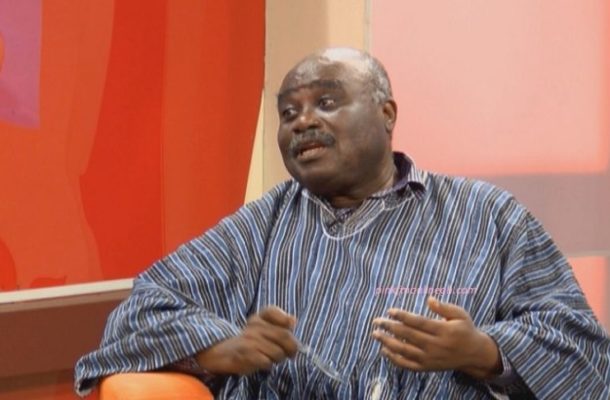 Senior Member of the New Patriotic Party, Dr Charles Wereko-Brobbey, has stated that the number of parliamentary seats lost by the party in the December 2020 general elections is evident that the Akufo-Addo-led government underperformed to the expectations of Ghanaians.

According to him, the development shows that the NPP government could have performed better in its first four-year term.

“Given especially the turnout of Parliament. The first time we have had essentially a hung parliament in the Fourth Republic. And so when you move from a position of 169 seats and have the same as the opposition of 137 each, I cannot call this a good performance,” he stated in a Joynews interview monitored by GhanaWeb.

Ranking the party’s performance in the last four years, the former VALCO boss said the president and his government performed slightly below average.

Explaining this, he said the government at a point paid deaf ears to criticisms that were passed on some policies it implemented.

He cited the flagship Free Senior High School policy saying, “the free SHS gave a very big advantage and a head start because it was one policy that touched about every home in this country, but its implementation had a certain difficulty which I believe the government was not prepared to listen to because he saw every criticism as trying to derail the policy.

“And some of them (critics) were very genuine and many people from the implementers to even parents got a little bit upset about some of it and you can see the very quick and ready junking of double track should tell you that was something many people were not happy with and complained about yet it was defended as the best thing,” he added.

In his view, the margin of victory secured by the president in the election shows he did not do extraordinarily well in his first term.

“Let’s look at the presidential advantage in 2016, his margin of victory over 500,00 and 2016 was almost 1 million, reducing numbers cannot be judged as an improvement in performance,” he said.
Source: Ghanaweb