Referendum call off: 'Akufo-Addo did not seek the consensus of Ghanaians' - Asiedu Nketia 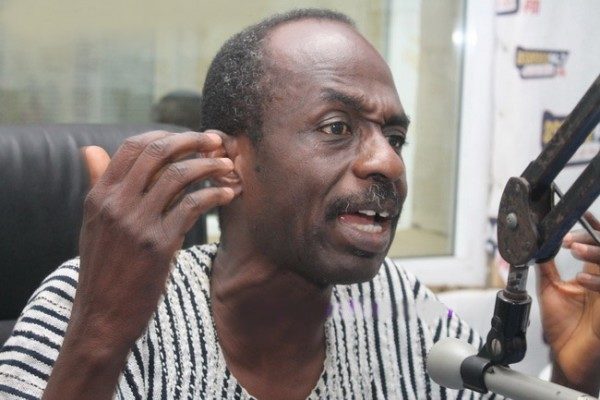 Johnson Asiedu Nketia, General Secretary of the National Democratic Congress (NDC), has described President Akufo-Addo’s decision to withdraw the December 17 Referendum as being borne of what he called “running out of options”.

He believes the President’s decision to back down on the Bill was borne out of seeing defeat to a ‘YES’ vote ahead of the referendum.

The President in a televised address on Sunday, December 1, 2019 announced the cancellation of the referendum over what he says is lack of consensus among key stakeholders and the Ghanaian populace.

“So fellow Ghanaians, it is of deep regret that I have given instructions to the minister for local government and Rural development to spearhead the process with commendable vigour and dynamism on behalf of the government to abort the process and see to the withdrawal of the bills for the amendment of the constitution both in respect of article 243 (1) and Article 55 (2),” the President announced.

But, speaking in an interview on Adom FM‘s morning show Dwaso Nsem on Monday, Mr Nketia questioned the President’s claim of ‘lack of consensus’.

“He did not seek the consensus of Ghanaians on this issue so why should he pull out of it claiming there is no consensus,” he quizzed.

He added that instead of the President claiming lack of consensus, he should rather apologize to Ghanaians for his sudden U-Turn.

He also debunked rumours that President Akufo-Addo met with former President John Mahama to have discussions on the referendum.

“When did Akufo-Addo meet with Mahama and other parties? What does he do when he meets with former Presidents on national issues? He only meets with them and talks that’s all, he fails to take actions on any discussions he holds with them,” he added.