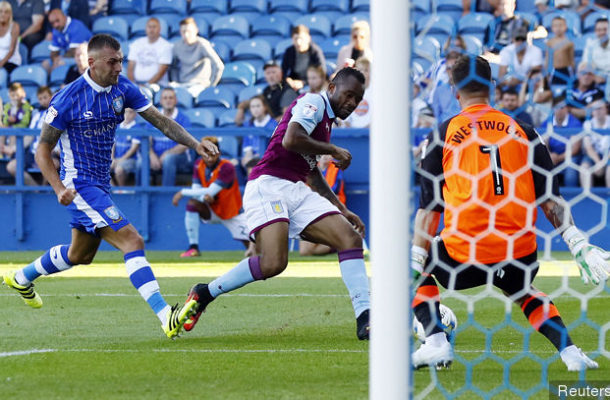 Aston Villa went through a process this summer of moving on some of the more troubling elements of their first-team squad.

Villa had finished bottom of the Premier League the previous season with several of their summer recruits failing to operate at the level expected of them.

Ayew however was one of the more impressive new signings. The Ghanaian was their top-scorer and therefore attracted plenty of interest.

One team said to be keen were Marseille. Now, as reported by Foot Marseille, it has emerged that Villa received an apparent €12.8 million (£11 million) offer from the French side for the player.

Ayew, who previously spent eight years at Marseille before joining Lorient in 2014, was deemed not for sale and Villa rejected the offer.

Since then the 25-year-old has become an integral part of Roberto Di Matteo’s plans – predominantly playing from a wide position in the Championship.