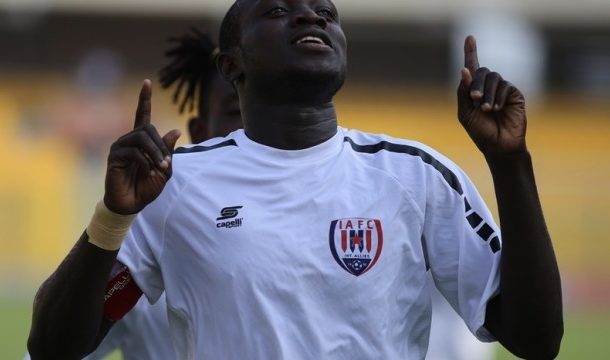 The Nigerien International is currently on the books of Danish side HB Koge after leaving Inter Allies.

According to Kumasi based Fox Fm, Adebayor has joined the ambitious Ghanaian side on a season long loan deal after reaching an agreement with his parent club.

The Royals are expected to announce the signing of the star forward in the coming days as they beat competition from Hearts of Oak who were reportedly interested in the forward.

Before leaving for HB Koge, Victorien Adebayor netted 12 goals in 13 games for Inter Allies in the truncated 2019/2020 league season.