Research Reveals Bolgatanga As A Cold Spot For Prostate Cancer 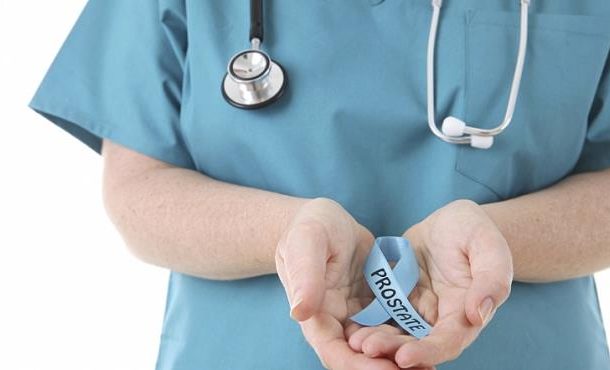 Dr. Raphael Nyarkotey Obu, a research professor of prostate cancer and Holistic Medicine at Da Vinci College of Holistic Medicine who also double as the director of Men’s Health foundation Ghana, the national peak body of prostate cancer set out on an awareness adventure project in the Upper East region. Along the way he made some astonishing discoveries, which he is currently writing a research paper on his experience in the region.

Dr. Nyarkotey Obu is one of those doctors whom holistic medicine flat-out adores. Fit and enthusiastic, he has a passion for preventive medicine, prostate cancer in the black race, policies, food, nutrition, and keeping his patients healthy through lifestyle. “As a holistic medical practitioner in prostate cancer, a lot of the work that I do day in and day out is helping people to make positive lifestyle changes. There is a lot of focus on changing diet and exercising,” says Dr. Nyarkotey, who maintains his practice as a holistic medicine practitioner who have done extensive research into prostate cancer in the country at Dodowa, Akoto house and faculty lead of Holistic Urology at Da Vinci College of Holistic Medicine in Cyprus, where he teaches holistic prostate cancer and researching into the disease and integrative medicine.

“There is a real disconnect for people. It is difficult to distill the information and apply it in order to make lifelong changes. There’s this diet and that diet out there for prostate cancer prevention.

It was this challenge of helping his prostate cancer patients finds long-lasting success with a healthy lifestyle that prompted Dr. Nyarkotey to explore new panoramas in food and nutrition and share his story with others.

Dr. Nyarkotey inspiration for his prostate cancer journey came when he saw how Ghanaian men are struggling to fight for their prostate health.

Dr. Nyarkotey was amazed himself because of what he saw in the men after the screening at Bolgatanga at Health first laboratory. According to him 100 men were projected to benefit from the free testing after they received expert talk on the disease. The testing was an informed decision. 65 men were provided a special form designed by FC Tanga division one football club initiators of the project to go in for the testing and those who did not have the form were also made to go for the testing for twenty cedis. The methodology involved two approaches: ultrasound and PSA. The testing involved prostate ultrasound using the transabdominal approach: where men have to drink more water to fill their bladder to provide acoustic viewing of their prostate before assessment to check the volume or weight of their prostate size. A prostate size of 1.5- 40grams is considered to be in the normal range.

The research also looks at blood sample to check their Prostate specific Antigen in their blood. “Although the PSA is not specific to tumor but organ specific we use it for prostate health assessment to also see what is wrong with men prostate health. The prostate gland produces the PSA for several beneficiary purposes and not necessary as a response to cancer. The PSA for prostate cancer is a very controversial subject for screening but the best marker for the cancer monitoring or progression for those diagnosed with the disease. A PSA baseline of 0-4ng/ml is considered normal or low risk of prostate cancer. So the higher the PSA the higher your chances of getting let say prostate cancer but it could also be any other prostate condition. Controversy also exists for the cut off range for black men” he further explained.

The test was for men 40 and above. His result revealed no man in the region had a prostate size above 40grams to be considered for Benign prostate hyperplasia (BPH) leading to prostate enlargement. The highest prostate size in the region amongst the 100 men was 38.2grams. The highest age of the men who came for the testing was 65years. The lowest prostate volume was also seen in a man in his sixties-3.2grams. Interesting enough about 90% of the men are also okay with their urinary health. But anyway, the men are okay with their sex life they still wanted something to be done about their sex life.

The lowest PSA found amongst them was 0.2ng/ml and highest PSA was 2.0ng/ml and seen in the men 40 to 65yrs and this is the age considered for prostate conditions” he revealed.

Explaining further what could be the trick, he said, the health of their prostate could be attributed to the selenium, mineral that may help prevent prostate cancer and is found in their guinea fowl. It also works with vitamin E to protect cell membranes from oxidative damage, free radicals. Oxidative stress account for over 70% degenerating disease in the world” he said. He further said, Guinea fowl also provide a good dose of zinc, instrumental in metabolic action of enzymes, essential for growth and reproduction, support immune function. Zinc plays a key role in prostate health as the prostate gland contains zinc in high concentration and deficient of its plagued men to prostate conditions.

He also believes, the indigenes are always on their motorbikes making them also to get good amount of Vitamin D from the sunlight to fight against prostate conditions. There are more motors even than cars in every home he said.

According to Dr. Nyarkotey who explores the “migration effect,” as well as the effects of modernization on populations that have never left their small villages. He traces “authentic” recipes to see how they have changed over generations.

Throughout history, our ancestors relied on internal guides to determine which foods nourished them; thus, they slowly developed an indigenous cuisine. They passed down the knowledge about which plants made them healthy, how to cultivate foods, food-related customs and rituals, and which foods were appealing. The sources of their foods were local, natural, and unprocessed. Animals were fed on open pastureland and used sparingly with nothing left to waste. And there you have the power of indigenous diets.

This is a far cry from the way people eat today in Accra, as they become influenced by media, experience a lack of food traditions and rituals, and feast on a surplus of modern, processed foods. Refined foods are often filled with sugars, salts, and artificial ingredients. Meat supplies can come from animals raised in pens, fed manufactured feeds, injected with antibiotics, and given hormones. Vegetable oils are extracted, thanks to modern technology, resulting in an abundant supply of cheap oil that has upset our omega-6 to omega-3 fatty acid balance for Accra people, he added.

“In fact, in Bolgatanga, the people don’t go overboard, they live within their means. For instance, I was giving my contact to someone and it was an MTN number quickly the person said “ Oh it is not Vodafone and I said why, “The people here in Bolga, we use ‘health insurance’ number and I asked which one is that one and the person said Vodafone” so I was wondering whether Vodafone has a special package for the people in the north and they said anytime they buy Vodafone they double it for them and they can communicate on it for long hours so they termed it ‘health insurance’. So you see, they live within their means but not in Accra, people want to show off.

Dr. Nyarkotey believes there are valuable lessons to be learned from the Bolgatanga diets that he codenamed the cold spots he travels to for his prostate cancer awareness project. Along his journey, he shares a collection of observations, tips, and research highlights that can easily impact Ghanaians way of eating, no matter where they live.

“It was also fascinating to see how cow meat is revered in that culture. Cow meat is in all meals. The cows are grass fed, so they’ve eaten healthfully. These free-range cows have a healthier fat composition with higher omega-3 fatty acid content.”

Food Lessons at the End of the Journey in Bolgatanga

Dr. Nyarkotey sums it up: “It comes down to the same issues that everyone is focusing on these days—food that is fresh, local. I think it is also important to use recipes that have evolved over time in a culture. I believe these recipes offer us a lot of wisdom about the optimal way to combine foods to get the most delicious taste and the greatest nutritional benefit. I saw people preparing meals in kitchens most Ghanaians in Accra would consider substandard. The only obituary saw was a man age 78yreas. We need to start to learn to make our own food. We need more nourishment, celebration, mindfulness, recipes, and rituals. We need to nourish ourselves, using foods that were traditional to our ancestors. We need more guinea fowls in the country and for now men wanting to fight prostate cancer can opt for free range guinea fowl than foreign poultry bombarded with growth hormones” he added