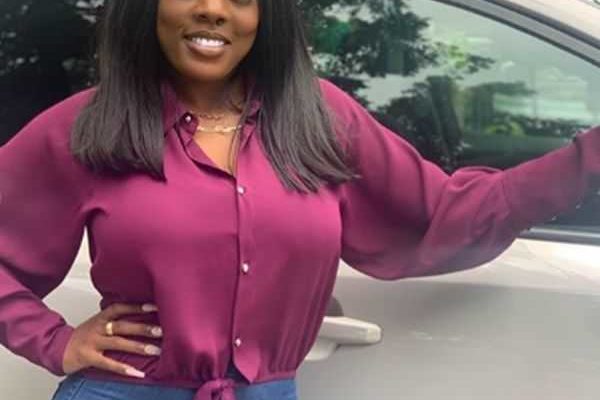 Manager of GHOne TV, Nana Aba Anamoah has told a Member of Parliament to respect the intelligence of citizens in seeking to justify a recent decision of government to seek assistance from the International Monetary Fund, IMF, amid an economic downturn.

Frank Annoh-Dompreh, who is MP for Adoagyiri Nsawam on July 2, 2022; posted a series of tweets relating to how countries have approached the IMF for support.

He specifically referenced a CNN article of 2020 titled: "IMF says half of the world has asked for a bailout," his caption read: "Half of the world is asking for assistance from the IMF, this is not peculiar to just Ghana. Interesting read… !"

His post is in line with the official government narrative that the economic hurdles the country is grappling with is as a result of twin crises of COVID-19 and the Russia-Ukraine war.

Nana Aba Anamoah was part of the many people who reacted to the post either in comments or by sharing their views by retweeting the post.

Her response read: "You’re posting an April 2020 story in July 2022 to justify a decision that’s caught the ire of Ghanaians?

"Here are 2 things you should do; (1) Respect the intelligence of Ghanaians. (2) Repeat 1.

The MP, who is also Majority Chief Whip responded: "I am not' justifying' the decision, far from that, I am telling you that the situation is certainly global and we have to appreciate it better from that point of view..

"The global aspect cannot and should not be discounted, regardless.."

I am not' justifying' the decision,far from that, I am telling you that the situation is certainly global and we have to appreciate it better from that point of view..

The global aspect cannot and should not be discounted, regardless.
.. https://t.co/jf5bneIHhW
— Hon. Frank Annoh-Dompreh (@FAnnohDompreh) July 3, 2022


Government on July 1, 2022 took the decision to begin formal engagements with IMF contrary to its earlier position of not returning to the Fund.

The decision has since divided public opinion.

If the engagement is successful, it will be the seventeenth time the country has returned to the Bretton Woods Institution for economic support.

Some reasons the government has consistently cited for which it made a U-turn on its earlier position on the IMF is the twin crisis of the Covid-19 pandemic and the Russia-Ukraine war.