Retain NPP in power in 2020 — Samira Bawumia to Ghanaians 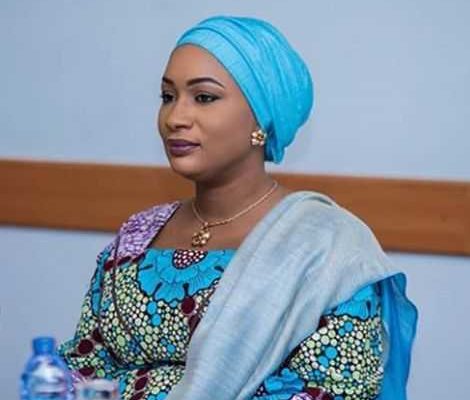 The wife of the Vice-President, Mrs Samira Bawumia, has asked Ghanaians to retain the New Patriotic Party (NPP) in power in the 2020 Presidential and Parliamentary elections to continue initiating and implementing good policies for the citizenry.

She said the Akufo-Addo-Bawumai-led administration has introduced a lot of social interventions to improve upon the standards of living of Ghanaians.

Mrs Bawumia was addressing NPP faithful and sympathisers at the first National Women's Conference at the Jubilee Park in Takoradi.

The two-day conference sought, among others things, to bring women executive in all the constituencies in Ghana together to foster unity and cohesion and to form a formidable front and explain government's programmes and policies to Ghanaians as part of efforts towards victory 2020.

The well-attended conference was on the theme "NPP women on the move for victory 2020 and beyond."

Mrs Bawumia earlier conveyed the gratitude and felicitations of President Nana Addo Dankwa Akufo-Addo to all women in the party for their strategic posture which helped to capture power in December 2016.

She said the government would continue to initiate prudent policies such as the Free Senior High School, Planting for Food and Jobs and the Nation Builders' Corp programmes, to reduce poverty and empower Ghanaians.

Mrs Bawumia, therefore, charged women in higher offices in the party and government, to discharge their mandate creditably.

A veteran journalist and former Editor of the Daily Graphic, Ms Elizabeth Ohene, advised women occupying high offices in the party to assist the ministers, members of parliament and Metropolitan Municipal and District Chief Executives to work harder to retain power in the 2020 general election.

She was thankful to the top hierarchy of the party for recognising the role of women by appointing a number of them to serve in diverse topmost positions in the party and government.