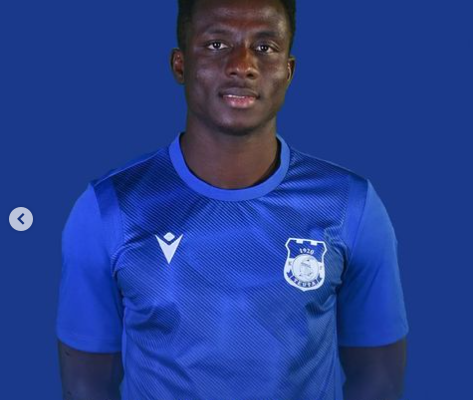 He joined the Albanian side in July this year after leaving Croatian side NK Lokomotiva but the club has decided to end their time with the defensive midfielder after a short stint.

The 25-year-old former Liberty Professionals player made 32 appearances for his Albanian side in the 2021/2022 season.

His Albanian side communicated that they have parted company with the Ghanaian midfielder and two of his teammates namely; Asion Daja, Jahmir Hyka as they are not part of coach Renato Arapi's plans.

The news was made known by the Durrsak club itself, where it announced through a post that Asion Daja, Jahmir Hyka and Reuben Acquah will no longer be part of the team for the new season.

"KF Teuta communicates the closure of cooperation with footballers Asion Daja, Jahmir Hyka, and Reuben Acquah. The club thanks the three footballers for their commitment and contribution with the 'blue' shirt, wishing them luck and success in their sports career", writes the Durrsak club.

Despite only being 25 years the Ghanaian midfielder has played for almost a dozen clubs across the world.

They include Belgian side KV Mechelen, LASK Linz, KF Tirana, TSV Hartberg, SV Reid among others.