REVEALED: Rev Obofour changed his name after Otumfuo warned him 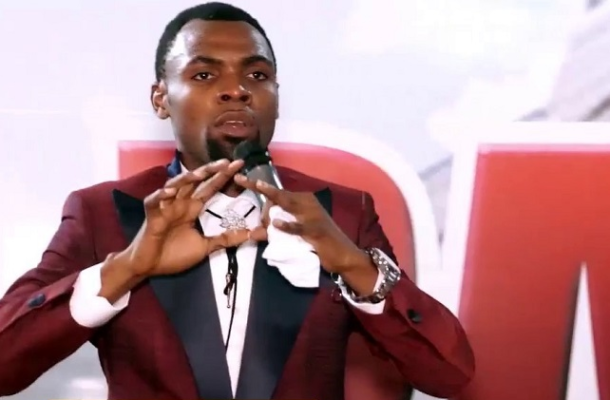 He was born Kwaku Adjei Antwi, and founded the Anointed Palace Chapel (APC), with branches in Kumasi and Accra.

Background to change of name

When Obofour started, he was known by the nickname, Obimpe. He was working in the same area as Bishop Daniel Obinim.

Because they were friends, Obofour revealed their visitors were conflicting with the names, Obimpe and Obinim. So they sat down and decided to change the name.

Since Obinim was already a big pastor in Ghana, Obimpe decided to change his name to Asanteman Bofour meaning the Angel of Asante Kingdom.

But after a while and the name Asanteman Bofour became popular, Asanteman Traditional Council heard about it, thereby summoning Pastor Kwaku Agyei Antwi to the Manhyia Palace to explain the meaning of the name, 'Asanteman Bofour'.

Obofour in good faith responded to the summon to Manhyia Palace to meet with the chiefs and the overlord of the Asante Kingdom, Otumfour Osei Tutu II to explain who made him the Obofour (Angel) of the Asantes.

Obofour was made to compensate for claiming to be the protector of the Asantes. He was only left to go after he vowed to Manhyia to changed the name Asanteman Bofour.

The next name after this encounter was Rev. Obofour and that existed till date.