Ribery stars as Bayern come from behind to beat Sevilla 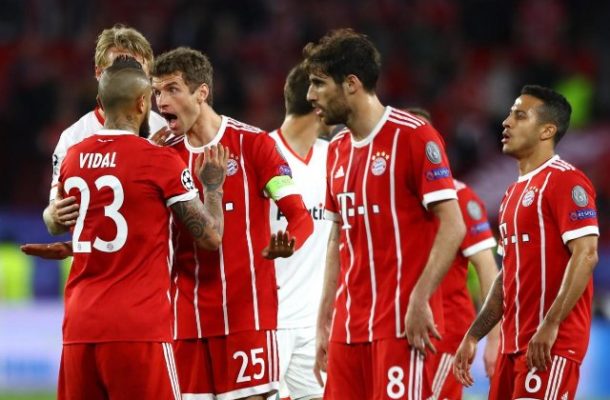 A Franck Ribery-inspired Bayern Munich came from behind to take control of their Champions League quarter-final with Sevilla.

A Jesus Navas own goal, from Ribery's low cross, and Thiago Alcantara's deflected header from the France international's delivery after the break extended the visitors' winning run in Europe this season to eight consecutive games.

Sevilla made the brighter start and led when midfielder Pablo Sarabia scored after earlier missing a golden opportunity from eight yards at Estadio Ramon Sanchez Pizjuan.

Bayern lost midfielder Arturo Vidal to injury and replaced Juan Bernat with James Rodriguez after the break when they showed their experience against a Sevilla side who are in the last eight for the first time.

Jupp Heynckes, who returned in October for a third spell in charge of five-time European champions Bayern, has now won his last 12 Champions League games.

His side will retain their Bundesliga title if they win at Augsburg on Saturday, four days before the return leg of this tie at the Allianz Arena.