Richmond Boakye Yiadom off the mark on Jiangsu Suning debut 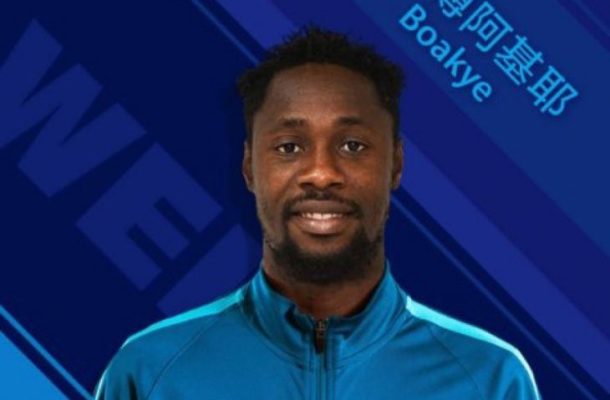 Ghana forward Richmond Boakye Yiadom scored on his bow for Jiangsu Suning in their 2-1 win over Tianjin Teda in the Chinese Super League on Sunday.

Yiadom climbed off the bench to break the deadlock from the penalty spot in the 75th minute.

The prolific forward thus continues his tradition of scoring on his debuts after previously achieving the same feat at Genoa, Elche, Sassuolo, Atalanta and Red Star Belgrade.

The 25-year-old joined the Nanjing-based club from Red Star Belgrade on a three-year contract at the beginning of March, in a deal worth €5.5 million.