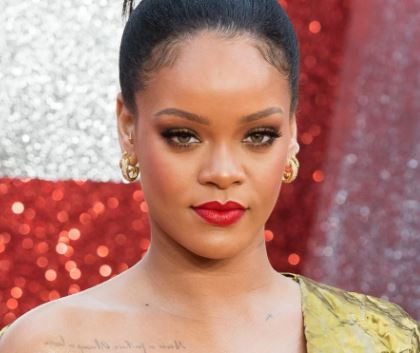 Last year, it was widely rumored that Rihanna declined an invitation to perform at the NFL’s annual Super Bowl halftime show in support of Colin Kaepernick.

The former San Francisco 49ers quarterback’s career was sidelined after he was blacklisted by the football league.

The pop star was reportedly the league’s top pick for the halftime show, but she declined because of the “kneeling controversy.”

The beauty and fashion mogul was Vogue magazine's cover star for their upcoming November issue, and when asked if she did indeed turn down the NFL, Rihanna confirmed that she “absolutely” passed on the opportunity and said she “couldn’t dare” perform at the Super Bowl.

'FOR WHAT? WHO GAINS FROM THAT? NOT MY PEOPLE. I JUST COULDN'T BE A SELLOUT,' SHE TOLD THE MAGAZINE

“I couldn't be an enabler. There's things within that organization that I do not agree with at all, and I was not about to go and be of service to them in any way."

While on the topic of politics, the conversation broached Donald Trump’s characterization of the El Paso and Dayton shootings as part of a “mental illness problem.”

She didn’t hold back on sharing her thoughts on this matter, either, and called the president the “most mentally ill human being in America right now.”

“It is devastating,” she said.

“People are being murdered by war weapons that they legally purchase. This is just not normal. That should never, ever be normal. And the fact that it’s classified as something different because of the color of their skin? It’s a slap in the face. It’s completely racist.”

She continued: “Put an Arab man with that same weapon in that same Walmart and there is no way that Trump would sit there and address it publicly as a mental health problem. The most mentally ill human being in America right now seems to be the president.”

The interview wasn’t completely bleak. While Rih didn’t drop the release date for her next album (sorry, Navy), she said that ultimately she sees light at the end of the dark tunnel that is America’s political landscape right now.

“I feel like the darkness has actually forced people to find this light within them where they want to do better,” she concluded. “It’s easy when you think everything is going really well and perfect. When everything is flowers and butterflies and you’re in your own bubble and your own world. But to see it, to know it’s happening — it pushes you to want to be the light in the world.”