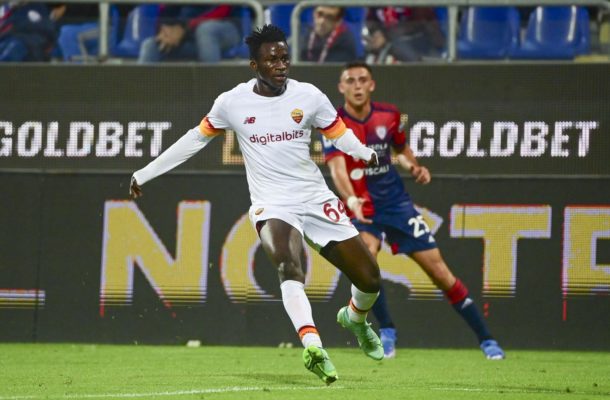 Talented Ghanaian youngster Felix Afena- Gyan has been handed a maiden call up by the Black Stars coach Milovan Rajevac ahead of the 2022 World Cup qualifiers.

This was made known when the Black Stars coach announced his 28 man squad list to take on Ethiopia and South Africa in the last two matches in the World Cup qualifiers.

Afena-Gyan made his Roma debut against Cagliari in a game he was introduced in the 57th minute of the second half as replacement for  Matias Vina.

Last Sunday he came on as replacement for England striker Tammy Abraham in their 2-1 defeat to AC Milan in the Italian Serie A.

Although he is yet to score for the AS Roma first team, he has netted six goals for the Primavera side in five matches this season earning him a place in the Giallorossi first team.

He is expected to play a part in Ghana's last two matches in the 2022 World Cup qualifiers against Ethiopia and South Africa.