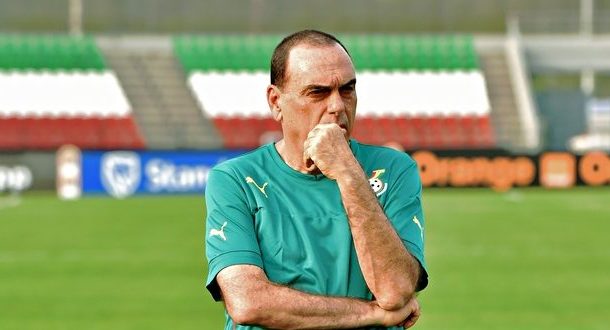 Former Ghana coach is being considered for a role at one of his former clubs Chelsea by owner Roman Abramovich after series of poor results from manager Frank Lampard.

Despite spending north of 220 million pounds in the summer, the blues are struggling for form with Chelsea losing key games against Arsenal, Manchester City in the English Premier League.

There have been calls that the club will replace rookie manager Frank Lampard but it is believed that the Russian oligarch will afford the Englishman to turn around the fortunes of the club.

However the Chelsea wants to appoint familiar face Avram Grant in some capacity at the club like he did before in the past.

The 65 year old Israeli trainer is currently in talks with clubs in the Middle East about a role having served as a consult in India in the past.

He has in the past served as director of football and manager at Chelsea and has also occupied similar roles at West Ham United and Porstmouth.

The Israeli was in charge of Chelsea in 2007/2008 season when Chelsea finished as runners up in the Champions League, League Cup and Premier League.

Avram Grant has on his Instagram page shared his thoughts on the current situation at Chelsea with Frank Lampard.

“What I can say to Frank and the others at the club is be patient, and more than this do whatever is necessary to do that for sure,” Grant said in an Instagram post.

“Two things – never lose it even when things are going well, don’t lose your fighting spirit at the highest level. And second, don’t lose what you have here [points at head], you need to think right and look for solutions.

“If you do that then everything will be okay because the quality is there and there is a potential like there was, during my time [at Chelsea].”

Grant has very good relationship with Roman Abramovich as they are close allies since the Russian bought the London club.