Ronaldo targets another 10 years in football 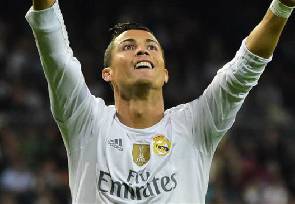 Cristiano Ronaldo insists that he has no intention of retiring any time soon.

The Real Madrid superstar has tormented backlines in England and Spain during his club career, while also becoming the leading Champions League scorer.

After netting 118 goals in 291 appearances for Manchester United, the Portugal international has managed an astonishing 367 strikes in 354 games in the Spanish capital.

His career has brought four Premier League titles, one La Liga crown and three Champions League successes, and he added the European Championship with Portugal to that haul earlier this year.

And the forward's hunger for football shows no sign of dissipating after announcing he plans to play on for another decade.

"Life is not just about football," the 31-year-old said at the opening of his new hotel in Lisbon.

"Although football is my grand passion, I must start to think about the future.

"I don't have many years left, about 10 more or less, so I must look to the future."