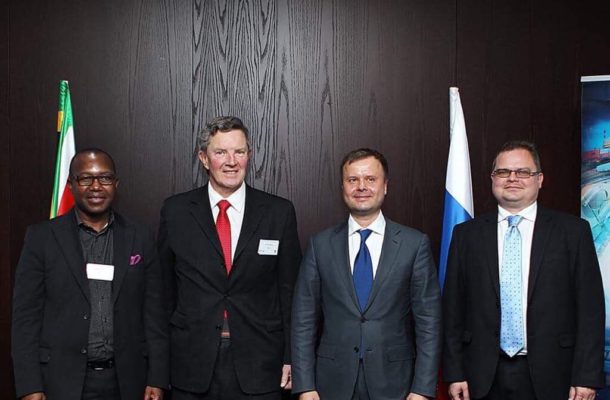 The South African Nuclear Energy Corporation (NECSA) and RusatomHealthcare, the healthcare division of Russian state owned nuclear corporation Rosatom, today signed an agreement on cooperation in the sphere of non-power related uses of nuclear technology on the sidelines of BRICS.

NECSA is recognized as a world leader in the production or nuclear medicine and exportsthese lifesaving radiopharmaceuticals to over 60 countries on a daily basis, with an annual turnover of in excess of a billion Rand.

The agreement, which is based on friendly relations between the two countries aims to explore the full potential of deepening mutually beneficial cooperation in the sphere of innovation and technological development related to peaceful uses of nuclear energy.

It further outlines a number of areas in which the parties intend to cooperate but does not create any rights or obligations under international or national law. The main area of cooperation identified in the document is that of nuclear medicine and particularly cancer treatment in Africa and abroad.

Dr Kelvin Kemm, Chairman of NECSA said; “This is an exciting time for us, we have longbeen planning a massive expansion of our nuclear medicine operations and look forward to exploring these opportunities with our Russian counterparts. “

With this in mind and taking note of recent advancements in the sector, Rusatom Healthcare and NECSA are planning to partner in the construction of two innovative solution reactors on the territory of South Africa. Solution Reactors are small scale and relatively inexpensive reactors that are designed specifically for the cost effective production of nuclear medicine products. The parties also plan to construct a commercial cyclotron in South Africa to further increase the production capacity of nuclear medicine in the region. A cyclotron is another cost effective method of producing various radiopharmaceuticals.

According to Denis Cherednichenko, director general of Rusatom Healthcare, “Both parties have a great deal of expertise in this sector and we believe that a combined effort will open up new markets and hasten new technological advancements in the sector. Nuclear medicine is rapidly expanding globally and plays a vitally important role in the early detection of cancers and other non-communicable diseases”.

Mr Phumzile Tshelane, the CEO of NECSA highlighted the fact that the expansion of nuclear medicine and early detection of cancer is directly in line with the target set by President Ramaphosa at SONA earlier this year, to fight the dread disease. “Nuclear medicine is the most effective method in the early detection of cancer. The earlier cancer is detected the more likely it is to respond positively to treatment and this generally results in a greater probability of recovery”.

Dr Kemm noted that the parties also intend to roll out cancer treatment centers across the African continent, South Africa and the Russian Federation. “Sadly only a small percentage of the African population have access to this lifesaving technology, something that we aim to change. This will be done with the collaboration of local government, business and medical entities in each country”.

Tshelane continued by stating that, “Nuclear medicine not only saves lives, but also generates a large revenue for South Africa. NECSA is looking forward to increased production and the maximization of profits for the country.”

Rosatom has over 70 years’ experience in the nuclear industry and is a global leader in the design and construction of various nuclear facilities. “Together with our very experienced counterparts in South Africa we feel that we could truly make a difference to the lives of millions across the globe,” concluded Cherednichenko.