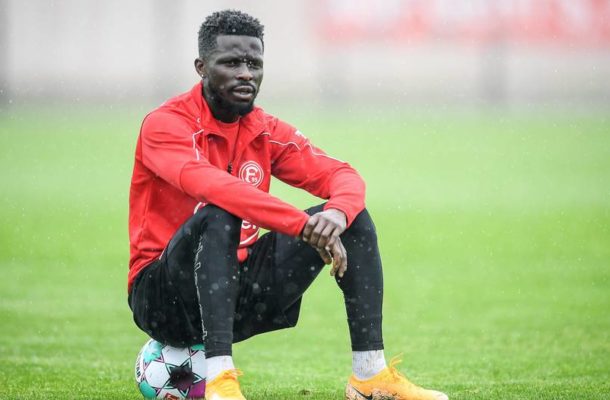 He joined Royal Antwerp in October 2020 from the lower tier German club on a two year loan deal with an option to make the deal permanent.

But Royal Antwerp will pass on that option as they are not keen to keep the winger after a poor loan run.

Marc Overmars is in his first transfer period as technical director of Antwerp FC and it already promises to be a hot transfer summer.

Many departures are expected at the Bosuil and a large quality injection is predicted instead.

After spending two seasons with Fortuna Dusseldorf, one in the Bundesliga and another in the Bundesliga two, Nana Ampomah made a return to Belgian club Royal Antwerp but has struggled to replicate the success he had at Waasland Beveren at his new club.

He made 24 appearances for the Belgium club across all competitions this season.