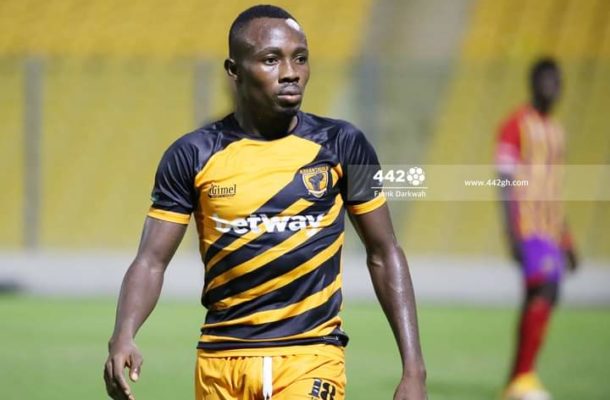 Real Tamale United(RTU) have stolen a march on Kumasi Asante Kotoko as they have beaten the Ghana Premier League giants to the signing of AshGold midfielder David Abagna Sandan.

Kotoko habours interest in the 23 year old playmaker as they expressed it in a letter to the miners but have failed to reach an agreement with his club AshGold.

RTU have found an agreement with AshGold over the transfer of the midfielder who has also agreed personal terms with the Tamale based club.

David Abagna Sandan will sign a three year deal with his new side that will keep him at Tamale till 2024.

The midfielder produced some eye catching performances in the 2020/2021 Ghana Premier League season as he scored 9 goals in 30 matches while chipping in with 5 assists winning four man of the man accolades.

AshGold reached the finals of the MTN FA Cup before losing 7-8 to eventual winners Accra Hearts of Oak with the midfielder scoring two goals.

The 23 year old will be making a return to the land of hiss birth Tamale where he started his footballing journey before joining defunct Wa All Stars.

He played a huge role as then Wa All Stars won their maiden Ghana Premier League title in 2016 scoring ten goals.