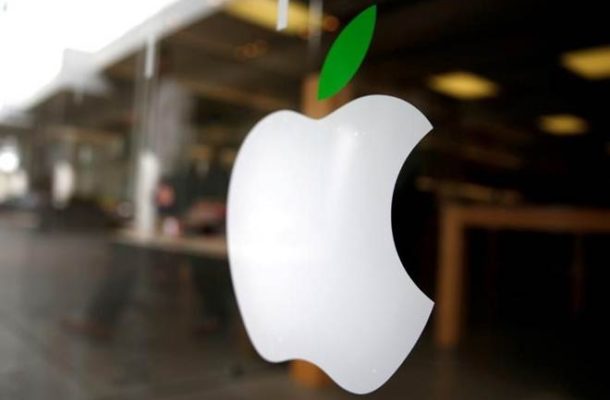 Rupert Murdoch is again betting on Apple Inc.
Eight years after launching an ill-fated digital newspaper for Apple’s iPad, News Corp. is making articles from its flagship newspaper, the Wall Street Journal, available on a new service called Apple News+, which debuted Monday. Selling access to dozens of publications for $10 a month, Apple’s service has been called the “Netflix of News.”
“It’s going to get our journalism into the hands of millions of Americans who otherwise might not be able to get access to it,” Journal Publisher William Lewis said in an interview.
The decision to join Apple’s service is risky — the company is adding several dozen people to support a venture that could cannibalize existing readership. The move also runs counter to the popular thinking among publishers who prefer a direct relationship with readers. By attracting customers to their own websites instead of those run by a third party like Apple, newspapers get information that helps them sell subscriptions and other products.
Partly for that reason, the New York Times has limited how many stories that it makes available on Apple News, a separate free service on the iPhone, and Facebook’s Instant Articles, which lets users read articles on that platform. Both the Times and the Washington Post decided not to join Apple’s paid news service. They declined to comment Monday. ‘Our Environment’“We want, wherever possible, to draw users to experience Times journalism in our environment, where they have a direct relationship with us,” New York Times Chief Executive Officer Mark Thompson said at an investor conference last month.
For the Journal, the question is whether it can make money with Apple without cutting into its current audience of 2.6 million subscribers, including 1.7 million digital customers. Apple plans to keep about half of the $10 monthly subscription price for the service, the Journal reported. Publishers will likely share the remaining revenue based on how much time Apple subscribers spend reading their articles. The Los Angeles Times and Bloomberg Businessweek, owned by Bloomberg LP, are among the other publishers signing up.
The risk is that some current subscribers of those publications cancel and get Apple’s cheaper service. A digital subscription to the Journal can cost close to $500 a year. Specially CuratedNews Corp. hopes to avoid that scenario by creating a different look and feel, and by controlling what Apple readers get. In a note to staff Monday, Lewis said they will “experience a specially curated collection of general interest news” from the Journal. The Los Angeles Times will limit access to some content, including its archive, a statement said.
While Apple will have “some business” coverage from the Journal, including “the key business stories,” it will be displayed less prominently in Apple News+, he said. Journal Editor-in-Chief Matt Murray will decide whether articles will be available to Apple subscribers or Journal subscribers or both, Lewis added.
To keep current subscribers happy, Lewis said people who get the Journal directly will see “an enhanced service,” with added perks and potentially more business news. The Journal already offers newsletters and access to live events.
The publisher will hire about 50 more journalists to write articles, some of which could run exclusively on Apple’s service, Lewis said. They’ll focus on nonfinancial beats, like sports, politics, culture and lifestyle. The Journal will likely expand its sports coverage specifically for the service and hire more political reporters, he said.
A few years ago, several media companies hired staff to create live videos for Facebook, then stopped after the social network stopped paying for them. In 2011, News Corp. launched an online newspaper called The Daily that published exclusively on Apple’s iPad. It shut down after less than two years.
“The era of one-size-fits-all media is either at an end or fast coming to an end,” Lewis said