Russia lashes out at planned US sanctions 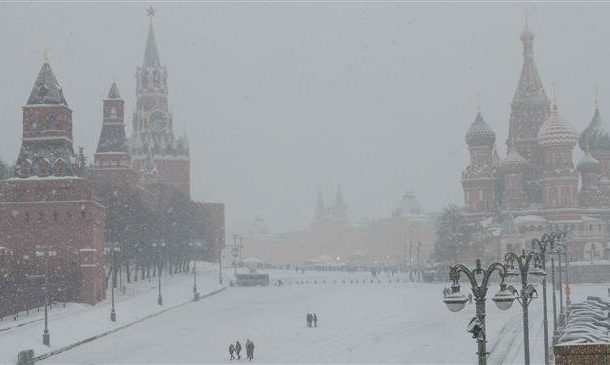 Russia has lashed out at the United States over a new round of proposed sanctions against Moscow, denouncing the American practice of disrupting trade by other countries as “racketeering.”

Kremlin spokesman Dmitry Peskov made the remarks on Thursday, a day after US Senators introduced a bill that would impose sanctions on Russia’s banking and sectors energy over the accusations of Russian meddling in US elections and aggression in Ukraine.

Peskov said the planned US sanctions were propelled by a “forceful” approach that had “nothing to do with international trade rules.”

“This approach sometimes touches on racketeering. I mean various provisions of the draft law aimed at disrupting various energy projects of Russian companies, undermining the activities of Russian banks with state participation,” he added.

Peskov said the legislation was ultimately aimed at favoring US businesses.

US Republican and Democratic Senators on Wednesday proposed restrictions on transactions with Russian sovereign bonds, and sanctions against energy projects by Russian state companies abroad.

The American lawmakers also introduced sanctions against 24 agents of the Russian Federal Security Service (FSB), whom Washington accuses of being linked to a November 2018 incident in the Kerch Strait, where Russia detained a group of trespassing Ukrainian seamen.

US sanctions against Russia ‘insane’

Konstantin Kosachev, the head of the Foreign Affairs Committee in the upper house of Russia’s parliament, also blasted Washington’s newly-proposed sanctions against Russia as “insane and reckless.”

Kosachev said America interfered in all elections in Russia and throughout the world, carried out cyber attacks against Russia’s infrastructure, and aimed to provoke Kiev against Moscow.

Sergey Shvetsov, the first deputy chairman of Russia’s Central Bank, said, however, that the proposed US sanctions would have less effect than those introduced earlier.

“Even if the laws on sanctions are adopted, we have quite a lot of experience in such conditions. We are much more prepared in the financial market than other countries, so the effect that these sanctions had on 2014 will be much smaller now,” Shvetsov said.

US imposes new sanctions on Russia

The US imposes new sanctions on Russia over the 2014 integration of Crimea.

The US has already introduced several rounds of sanctions against the government of President Vladimir Putin for what it calls Russia’s meddling in the US democratic process and its involvement in the Ukrainian conflict. Moscow rejects both charges.

In a referendum in 2014, the Black Sea peninsula of Crimea — whose population is largely ethnic Russians but was then part of Ukraine — voted to join Russia.Source: presstv.com