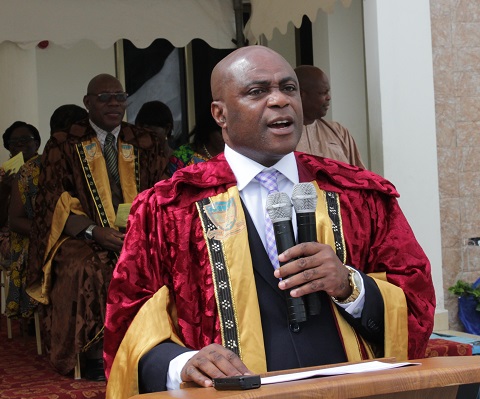 Embattled rector of the Ghana Institute of Journalism (GIJ), Dr. Wilberforce Dzisah has threatened legal action after he was handed an official letter relieving him of his post.

Dr. Dzisah, whose appointment was due to end in August this year, had it terminated in a letter dated Friday, March 23 based on a decision reached by the governing council of the Institute.

Sapeaking to Starr News, Dr. Dzisah indicated that he is heading to court “immediately” to challenge the decision to terminate his appointment.

“Now the position is clear. I wouldn’t want to comment on the merit or demerit of what has been written on the so called letter of termination of appointment. But I want to put on record that we’ll meet in court over this one because the conditions of service and the Acre are clear in respect of appointment of a rector and the tenure,”

He added: “So we’ll meet in court to know who is right or wrong.”

Meanwhile, the Registrar of the Institute, Perry K.K Ofosu, who was ordered by the council to also proceed on leave, has also been demoted. Mr. Ofosu is expected to resume work as deputy registrar and report to his assistant, Mrs. Patience Sowah, who has been made an acting registrar.

Acting Deputy Rector, Dr. Ebow Afful, has also been relieved of his post and has been directed to resume as lecturer.